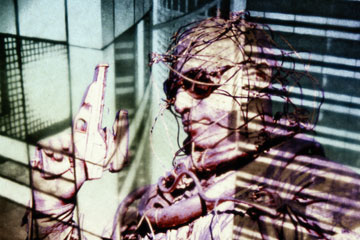 As we mentioned before, the concept of traveling into the past becomes a bit murky the second causality rears its head. Cause comes before effect, at least in this universe, which manages to muck up even the best-laid time traveling plans.

For starters, if you traveled back in time 200 years, you'd emerge in a time before you were born. Think about that for a second. In the flow of time, the effect (you) would exist before the cause (your birth).

To better understand what we're dealing with here, consider the famous grandfather paradox. You're a time-traveling assassin, and your target just happens to be your own grandfather. So you pop through the nearest wormhole and walk up to a spry 18-year-old version of your father's father. You raise your laser blaster, but just what happens when you pull the trigger?

Think about it. You haven't been born yet. Neither has your father. If you kill your own grandfather in the past, he'll never have a son. That son will never have you, and you'll never happen to take that job as a time-traveling assassin. You wouldn't exist to pull the trigger, thus negating the entire string of events. We call this an inconsistent causal loop.

On the other hand, we have to consider the idea of a consistent causal loop. While equally thought-provoking, this theoretical model of time travel is paradox free. According to physicist Paul Davies, such a loop might play out like this: A math professor travels into the future and steals a groundbreaking math theorem. The professor then gives the theorem to a promising student. Then, that promising student grows up to be the very person from whom the professor stole the theorem to begin with.

Then there's the post-selected model of time travel, which involves distorted probability close to any paradoxical situation [source: Sanders]. What does this mean? Well, put yourself in the shoes of the time-traveling assassin again. This time travel model would make your grandfather virtually death proof. You can pull the trigger, but the laser will malfunction. Perhaps a bird will poop at just the right moment, but some quantum fluctuation will occur to prevent a paradoxical situation from taking place.

But then there's another possibility: The future or past you travel into might just be a parallel universe. Think of it as a separate sandbox: You can build or destroy all the castles you want in it, but it doesn't affect your home sandbox in the slightest. So if the past you travel into exists in a separate timeline, killing your grandfather in cold blood is no big whoop. Of course, this might mean that every time jaunt would land you in a new parallel universe and you might never return to your original sandbox.

Confused yet? Welcome to the world of time travel.

Explore the links below for even more mind-blowing cosmology.