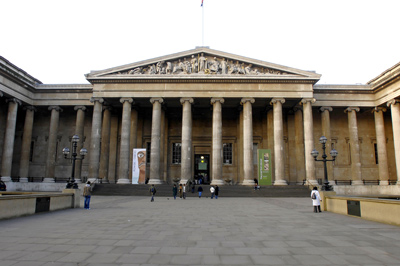 The British Museum skull and the Paris skull were also likely carved from Brazilian crystal. Researchers at the British Museum also believe that most crystal skulls were carved in Germany, where large quantities of Brazilian crystal was imported and worked in the late 19th century. Because Eugène Boban is known to have been involved in the sale of both skulls as well as other pre-Columbian artifacts, he's likely the source of most of these crystal skulls. Whether he knew that they were fakes or not is a matter of debate [source: Henderson].

As for how the skulls were made, the Department of Scientific Research at the British Museum concluded that its skull:

...bears traces of the use of a jeweler's wheel, which was unknown in the Americas before the arrival of the Europeans. These traces and the high polish of its surface indicate that it was carved using traditional European techniques [source: The British Museum].

In 2005, Jane Walsh, an anthropologist at the Smithsonian, took the Smithsonian's crystal skull to be tested at the British Museum with an electron-scanning microscope. Rather than showing the uneven scratches that one would expect from an object carved with pre-Columbian tools, all of the crystal skulls showed clean rows in arcs that would have been made by modern wheeled tools. Walsh states, "all of the crystal skulls had been carved with modern coated lapidary wheels using industrial diamonds and polished with modern machinery" [source: Inside Smithsonian Research].

Attempts to test the Mitchell-Hedges skull further have been refused. Some crystal skull believers say that more skulls, including "Max" and "Sha-na-ra" were part of the British Museum test. They state that the museum didn't release their findings on these skulls, however. Some even say that the museum denies testing them at all.

Why would someone "fake" crystal skulls? In the 19th century, the "age of the museum," these types of artifacts were in high demand and could bring a lot of money. Because the origins of each skull can't be perfectly established, some still prefer to believe that they are ancient. Skulls figure prominently in Mexican and Central American culture, so it's possible that some crystal skulls truly are ancient artifacts. But the most well-known, perfectly smooth and detailed skulls must have been carved using modern techniques. Regardless of their origins, these skulls remain fascinating, even beautiful, works of art.

For lots more information on crystal skulls and related topics, check out the links below.