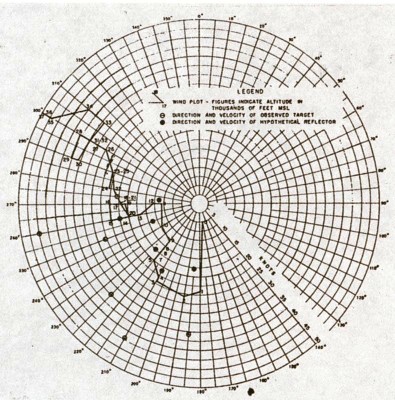 After the Washington D.C. UFO incidents, while the nation's opinion makers -- satisfied that all was well -- went on to other stories, the aftershocks of the UFO invasion reverberated throughout the defense establishment. H. Marshall Chad well, assistant director of the CIA's Office of Scientific Intelligence, warned CIA director Gen. Walter Bedell Smith, "At any moment of attack [from the Soviet Union], we are now in a position where we cannot, on an instant basis, distinguish hardware from phantom, and as tension mounts we will run the increasing risk of false alerts and the even greater danger of falsely identifying the real as phantom."

Chadwell feared that the Soviets could plant UFO reports as a psychological warfare exercise to sow "mass hysteria and panic." In fact, as The New York Times noted in an August 1, 1952, analysis, the Washington sightings and others across the country in July were so numerous that "regular intelligence work had been affected."

In fact, during the Washington events traffic related to the UFO sightings had clogged all intelligence channels. If the Soviets had chosen to take advantage of the resulting paralysis to launch an air or ground invasion of the United States, there would have been no way for the appropriate warnings to get through.

Determined that this would never happen again, the CIA approached Project Blue Book and said it wanted to review the UFO data accumulated since 1947. In mid-January a scientific panel headed by CIA physicist H. P. Robertson briefly reviewed the Air Force material, dismissed it quickly, and went on to its real business: recommending ways American citizens could be discouraged from seeing, reporting, or believing in flying saucers. The Air Force should initiate a "debunking" campaign and enlist the services of celebrities on the unreality of UFOs. Beyond that official police agencies should monitor civilian UFO research groups "because of their potentially great influence on mass thinking. . . . The apparent irresponsibility and the possible use of such groups for subversive purposes should be kept in mind."

The panel's existence and its conclusions remained secret for years, but the impact on official UFO policy was enormous. In short order Project Blue Book was downgraded, becoming little more than a public-relations exercise.