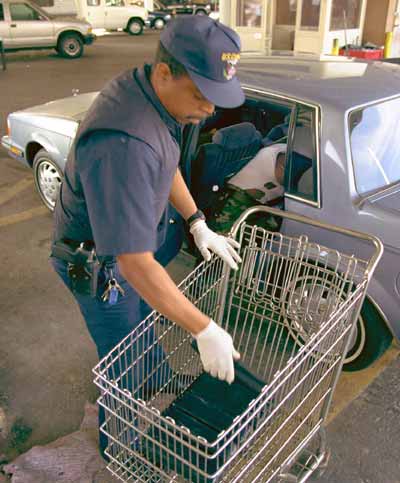 In the last section, we saw that a country's customs agency regulates and monitors the nation's imports. Importing is a funny thing, because for some goods, trade is governed only by the laws of supply and demand, while for other goods it is tightly regulated by the government. In most cases, if people really want something from overseas (because they can't get the same thing domestically), somebody will import a supply to meet that demand. If the demand is high, the importer can mark up the price to cover whatever duty applies, the people get what they want, the government gets its share and everybody's happy.

But in some instances, there may be a high demand for something that the government decides should not be brought into the country. The most prevalent example of this is illegal drugs. In the United States, there is a high demand for cocaine, but there is a very small domestic supply. If somebody can import the cocaine from South America, where the supply is more plentiful, that person can make a substantial profit. But cocaine is illegal in the United States because the government has deemed it a harmful substance, and the consequences of trying to import it are severe. Regardless, the demand is high enough that people still try to smuggle it in.

In the United States and many other countries, stopping drug smugglers is among the government's top priorities. To this end, customs agencies may employ a fleet of boats, planes and border-patrol cars to keep people from getting drugs into the country without passing through customs. Most countries maintain a number of different border-patrol agencies that work together and separately to regulate who and what comes in and out of the country. In the United States, for example, the U.S. Customs Service, the Drug Enforcement Administration, the Coast Guard and the Immigration and Naturalization Service would all have an interest in a group of foreign smugglers sneaking in a boat carrying a shipment of drugs. In apprehending and prosecuting the smugglers, the agencies would all have to work together.

U.S. Customs agents in a Blackhawk helicopter hover over a smuggler's boat. The immense downward air pressure generated by the helicopter's propellers convinces the smugglers to stop where they are.
Photo courtesy U.S. Customs Service, photographer James R. Tourtellotte

The United States Customs Service uses advanced, radar-equipped airplanes to patrol the coast from above. The technicians on the plane locate likely smugglers and transmit their location, as well as the location of any customs vehicles, to a central office. From this central office, customs agents work with branch customs offices to coordinate the apprehension of the smugglers.

When they get the signal, customs officers hop in their vehicles and head out to track down the smugglers. When the smugglers are sneaking into the country in an airplane, the customs office deploys a small jet plane and a Blackhawk helicopter. The plane crew locates the smugglers but flies at a distance. The Blackhawk crew then moves into position just behind and below the smugglers' plane. Most of the time, the smugglers can't see a helicopter in this position, so they don't notice that they are being pursued until they touch down and a squad of armed officers fans out around them.

If the smugglers are sneaking into the country by boat, the pursuit can be even more harrowing. Smugglers typically approach the coast at night, zipping along in speed boats at 60 or 70 miles per hour (about 100 kph). The U.S. Customs Service has a fleet of its own high-speed boats, and when they spot a smuggler crew they will keep pace until the "bad guys," as they are known to the agents, decide to give up. Once the smugglers have come to a stop, the customs agents board the boat with their guns drawn. When the smugglers surrender, the agents take everyone onboard into custody and collect any contraband as evidence.

Not all smugglers try to circumvent customs entirely. Many will play the odds, hoping customs agents don't search their bags or don't find the illegal goods if they do. Experienced agents have seen it all: drugs hidden in shampoo bottles, speakers, coolers, taped under a smuggler's clothes or even secured inside the smuggler's body. Customs agencies can't stop this activity entirely, but they can catch enough of the smugglers to deter others. To stop smugglers, agents rely on a combination of their own experience and sophisticated equipment.

At a few airports, customs uses room-sized X-ray machines calibrated to look through a person's clothes for any mysterious bulges. At the main border crossing between the United States and Mexico, customs agents use an X-ray machine large enough to scan entire cars and trucks. Some agents are also equipped with handheld electrovacuum devices that analyze the particles in the air around a package or piece of luggage. Using these sensitive sniffers, the agents can quickly determine if there are explosives or drugs inside.

Customs agencies also use drug-sniffing and bomb-sniffing dogs to stop smugglers. These animals go through an intense training process that teaches them to recognize and locate particular odors in exchange for some play time. In airports, customs agents let the dogs sniff out arriving passengers' luggage and sometimes the passengers themselves.

Additionally, agents may take the dogs onboard the plane after the passengers have departed. If a passenger is carrying drugs on his or her body, the dogs might pick up the scent lingering on the seat. The agents then find out who was sitting there and pull the passenger aside for a full body search.

People will try anything to smuggle contraband past the customs service. These pictures show a gun hidden in a bible, marijuana concealed in a car battery, and cash hidden inside a shampoo bottle and a teddy bear.
Photo courtesy U.S. Customs Service, photographers James R. Tourtellotte and Todd Reeves

Drugs are not the only goods that people smuggle across borders; in different countries throughout the world, there are a wide variety of things that are considered contraband. Sometimes people try to import items without even realizing it's against the law. In the next section, we'll look at some of the other types of goods that get stopped at customs.

How much do you know about how illegal drugs enter the U.S.? Test your smarts with this quiz about drug mules from Investigation Discovery.