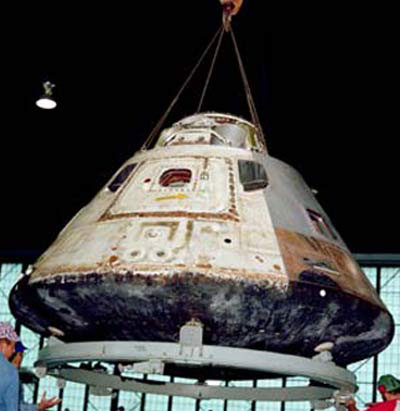 Here's a quick breakdown on the systems in the CSM:

A cutaway illustration of the Apollo spacecraft, including the lunar module.
Image courtesy NASA

­Think that's a lot of information? The list above just scratches the surface of the CSM's systems and controls, and we haven't even looked at the lunar module yet. Read on to find out how that feat of engineering worked.

The crew of Apollo 13 never made it to the moon's surface, but they made good use of the LM. When the CSM's power failed, they tapped into the LM's power supply, which gave them just enough power to plot a return course to Earth.