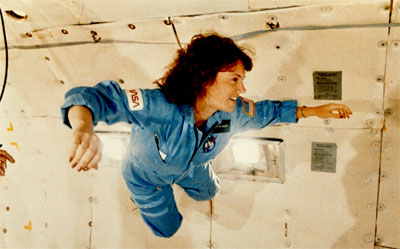 Over time, NASA missions evolved and so, too, did the qualifications for becoming an astronaut. By 1964, emphasis had shifted away from flight experience and toward superior academic achievement. The first scientist-astronauts joined the program in 1965 to deepen knowledge of geology, astronomy, physics and biochemistry. This new breed of astronaut, however, was expected to endure the same rigors of training and to become proficient in spacecraft operations. The first five scientist-astronauts were Joe Kerwin, Curt Michel, Owen Garriott, Ed Gibson and Jack Schmitt.

There are two kinds of astronauts that fall outside NASA's standard recruitment procedures. International astronauts are those individuals from international space agencies who have trained at Johnson Space Center and serve as mission specialists. International astronauts come from four agencies that have an agreement with NASA: the European Space Agency (ESA), the Japan Aerospace Exploration Agency (JAXA), the Brazilian Space Agency (AEB) and the Canadian Space Agency (CSA). Payload specialists are scientists who work for the owner of the payload (usually a private company or university) and carry out experiments involving the payload. As such, they are not NASA employees, but NASA must approve their appointment.

Both civilian and military personnel can apply to become what NASA calls astronaut candidates. All astronaut candidates must be U.S. citizens and must have bachelor's degrees from accredited institutions in engineering, biological science, physical science or mathematics. All candidates must also be able to pass the NASA long-duration space flight physical, which has minimum requirements for visual acuity, blood pressure and standing height. Other requirements are based on the astronaut position, as outlined below:

Anyone interested in becoming an astronaut candidate must submit an appropriate application. Applications are screened, and those under consideration are invited to a weeklong process of personal interviews, medical screening and orientation. Selected applicants are assigned to the Astronaut Office at the Johnson Space Center in Houston, Texas, where training is held.

Once someone is selected to go into space, they have to get ready. How does NASA prepare its candidates for duty?

The first woman in space was cosmonaut Valentina Tereshkova. She flew aboard Vostok 6, which launched on June 14, 1964 to rendezvous with the Vostok 5 spacecraft carrying Valery Bykovsky. Tereshkova was an expert parachutist and one of several women trained in the Soviet cosmonaut program.

NASA probably could have placed a woman in space even sooner than the Soviets had the American political and social climate been different. As NASA's director of space medicine, Dr. William Randolph Lovelace proposed the idea of female astronauts in early 1959. He argued that women are smaller and lighter, require less oxygen and cope better with stress. Lovelace recruited 24 women to participate in a program that became known as First Lady Astronaut Trainees. One of those trainees was Jerrie Cobb. Although she never flew in space, Cobb underwent physical tests similar to those taken by the Mercury astronauts, passing all training exercises and ranking in the top two percent of all astronaut candidates of both genders.

It would be another 23 years before an American woman traveled into space. The woman was physicist Sally Ride, who joined NASA in 1978 and flew aboard the Space Shuttle Challenger in 1983.