Corporate Power to the Stars 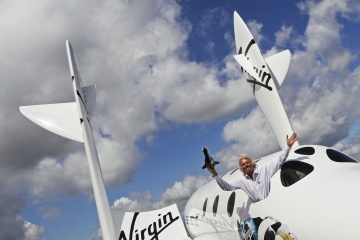 Today's space race doesn't depend quite so much on national pride and government coffers. Instead, it's all about corporate money. And as it turns out, private companies have more money to blow on space ventures than most governments on Earth.

These companies, such as Virgin Galactic, SpaceX, XCOR and Blue Origin, want a slice of the space tourism pie as we mentioned earlier, but they offer commercial and scientific services, too. Such companies have access to systems that can put satellites into orbit and even dock with the ISS. SpaceX docked its Dragon spacecraft to the ISS in May 2012.

NASA does not see these companies as threats to its future. Instead, NASA is switching roles, morphing into an organization that enables and informs private companies as they spread their wings.

In that sense, the future of space travel may well be driven by corporations seeking profits. They'll charge other companies for space transportation and for rides to the ISS, the moon or maybe even Mars. They'll mine for minerals and elements on asteroids, the moon and possibly other planets. Because they're private companies, they'll be free to spend as much as they want to on these missions without backlash from the tax-paying public. And they'll be free of many of the constraints of government bureaucracy, too.

Not all space travel is directly profit-driven, though. A not-for-profit organization called Mars One is seeking to send colonists on a one-way trip to the red planet, with the intention of starting the first human settlements. Mars One is also planning on reality programming around the selection of the astronauts and the mission, including the opportunity for a viewing audience to select mission participants, to bring in broadcasting and sponsorship income to fund this endeavor. As of summer 2013, the company is pulling together the technical aspects of the mission, which is slated for 2023. It is also culling a list of tens of thousands of volunteers down to a total of 16 people, who will receive seven years of extensive training to (hopefully) survive their trip and begin their lives anew on another planet.

These people would be the ultimate pioneers, the first of their species to leave planet Earth permanently. It's bold missions like this that continue to stretch the meaning and symbolism of the word "astronaut." Although the original space race may have ended decades ago, we humans are still just at the beginning of what could be the most important chapters ever in the history of space exploration.

The Importance of Propulsion

The distances between our solar system and others that may harbor intelligent life are unimaginable -- so far that it would take centuries for us to reach them using current spacecraft propulsion technologies. Physicists such as Michio Kaku and many others say we need much more complex travel capabilities before we'll ever reach those far-off destinations. Unless we can somehow quickly advance our understanding of physics, Kaku thinks it could be hundreds of thousands of years before human evolve to the point of interstellar travel.

The end of America's space shuttle program brought tears to the eyes of just about anyone interested in space travel. Happily, private companies have briskly brought their experience and financial brawn to space missions of all kinds. Rather than mourn the end of the government-driven era of space exploration, we can now cheer for corporations to achieve what public programs could not. The end result may be faster advances in both technology and knowledge.