Astronauts of the Future 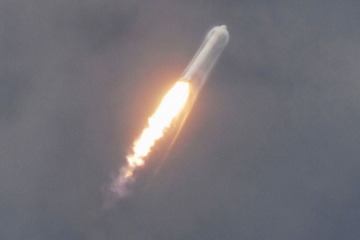 The space shuttle program was retired in 2011, leaving American astronauts looking for a new ride into space. These days, NASA is teaming with other space agencies to develop the Orion Multi-Purpose Crew Vehicle (MPCV). This craft could carry astronauts to the ISS, the moon, asteroids and even Mars. But the first manned flight won't happen until at least 2020, provided the program overcomes inevitable technical and budgetary challenges.

These kinds of slow-moving government-sponsored programs may eventually go by the wayside. Currently, commercial space flight is quickly gaining momentum, thanks in large part to some adventurous entrepreneurs and the maturation of spaceflight technologies.

With the development of spaceline companies such as Virgin Galactic XCOR, Blue Origin and others, anyone with enough cash can travel into space. This has led to an interesting semantic dilemma: What do you call a non-professional spacefarer? NASA refers to such people as spaceflight participants. Other companies call them space tourists. But what about the pilots of these spaceliners, who are neither employees of NASA nor nonprofessional passengers? In many circles, these new pilots are being called commercial astronauts.

Training for Virgin Galactic space tourists is minimal when compared to that of full-time astronauts. For a roughly two-and-a-half hour trip, these tourists will complete only two or three days of training. That includes, of course, a thorough medical checkup.

In lieu of any specialized expertise, what these tourists really need is cash -- a lot of it. To buy a ticket aboard a Virgin Galactic flight, you need $250,000. And even at that price, you'll have to wait in line. There are hundreds of paying customers already queued up for the first round of flights, which, as of summer 2013, are expected to begin in 2014.

The experience will be expensive and short-lived, but it will also be intense. Tourists will reach altitudes of 361,000 feet (110 kilometers) and experience about four minutes of microgravity, which is basically the same as a zero-gravity environment, meaning they can float about the cabin of the ship [source: Messier].

Although these tourists definitely don't qualify as astronauts, their presence in space signals a shift in the accessibility of space travel. Earth's orbit is no longer a realm exclusive to large government agencies. Now, companies of all types can literally reach for the stars.