Dikes of the Netherlands 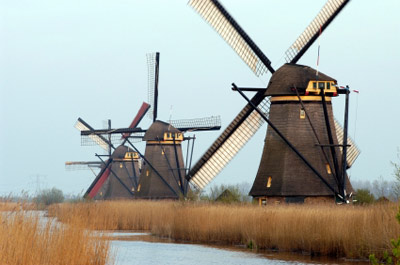 The windmills of Holland pump water from behind the dikes and back out to sea to keep the land dry.
© iStockphoto.com/pidjoe

In the decades that followed the deadly flood of 1953, Dutch engineers set out to build a new kind of barrier against the sea. They steadily replaced the old dike system, which had been in place since the medieval ages, and created 3­50 miles (563 km) of what many consider the safest levee system in the world.

The Dutch set the standard for levee construction by re-evaluating their entire system in several key ways:

Much of the Dutch levee system relies on the understanding that levees require regular maintenance, constant monitoring and a long-term appreciation for how rivers, oceans and storms behave. When these are in place, communities can thrive safely alongside the beauty and convenience of coastal and riverside areas. It's when we fail to remember this that rivers and oceans become destroyers.

­Explore the links below to learn more about storms, the ocean and other feats of human and natural engineering.