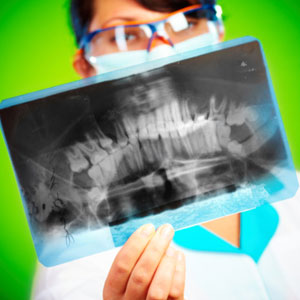 An analysis of human teeth can provide all sorts of information about a person's diet and whether he or she ever suffered from malnutrition.
©iStockphoto/Thinkstock

Reconstructing ancient societies requires meticulous work, especially for bioarchaeologists, who must balance aspects of biology, archaeology and culture. These scientists are getting better at creating a more comprehensive understanding of skeletal and dental remains, both of which tell stories in and of themselves.

To experienced eyes, bones are full of clues about the life of a human being. A bioarchaeologist can usually determine the sex of an individual due to differences in male and female anatomy. Cranial and pelvic attributes, for instance, often help sex a skeleton. But there's a lot more to learn.

Human bones are noticeably affected by the physical burdens they bear in the span of a lifetime. A sedentary lifestyle can lead to loss of bone mass. The bones of a person who does a lot of hard labor, though, are often stronger and bigger.

A bioarchaeologist might combine established knowledge of an excavation site with these kinds of bone-based clues to hammer out a more holistic understanding of a society. For example, if the bones came from a burial ground of people who were understood to be poor laborers, saddled with the hardest work of their society, it would make sense that their bones reflected their lifestyles.

And if a nearby grave belonged to a person of higher societal stature, those bones might tell a very different tale. Perhaps the bone density is much lower, indicating a life with less physical stress. Taken as a whole, a bioarchaeologist can use such clues to generate ideas of what the political and cultural climate of the time might have been like, including labor disparities.

Dental clues also tell an ancient person's story. When children suffer from malnutrition or a serious infection causing fevers or diarrhea, it often disrupts the formation of the hard enamel that protects their teeth. During periods of insufficient nutrition or disease, lines form in the developing teeth; the size and shape of those lines can indicate how long a person may have suffered from a lack of food or an infection. Because these lines never go away, bioarchaeologists can study childhood health even in people who died in old age. In addition, tooth decay can point to greater consumption of starchy carbohydrates. This is because humans have oral bacteria that feed on carbohydrates, and, as a side effect, also break down human teeth more.

Many of these bone and dental clues are detected visually. But innovative technological advancements can also help scientists discern the tales that bones have to tell, as you'll discover on the next page.

The Treasure of Collaborative Thinking

Intellectually-speaking, bioarchaeologists have a lot of ground to cover. Their multidisciplinary pursuits might take them all over the biological and anthropological map. These scientists also have to deal with the ever-expanding range of data that's available today. None of them can be an expert in all aspects of anthropology, so many of them collaborate with each other, communicating often and sharing data for comparative analysis. They stay up to date by interacting with professional associations, such as the American Association of Physical Anthropologists and the Society for American Archaeology. There is not, however, a discrete professional organization specific to bioarchaeology.