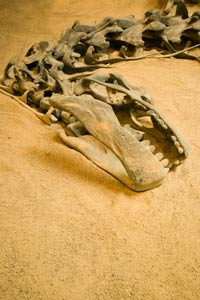 Were dinosaurs a success story, or were they doomed to extinction? See more dinosaur pictures.
Photodisc/Getty Images

When you use the word "dinosaur," you're probably thinking about one of two things. On the one hand are distinctive reptiles like Tyrannosaurus rex, Velociraptor, Triceratops or Diplodocus. On the other is anything that's too big, too heavy or generally obsolete. That photocopier at the convenience store that's built like a tank and threatens to vibrate the floor to bits when you use it? It's a dinosaur. A boss or teacher who's behind the times and reluctant to change is a dinosaur, too. So are rotary phones and 300-baud dial-up modems.

Dinosaurs came to symbolize everything that's ponderous, slow and doomed to extinction because of the way most people perceive them. The study of dinosaurs hasn't been around for long -- the word "dinosaur" didn't even exist until the mid-1800s. But for a while, the general consensus was that dinosaurs were slow moving, cold-blooded animals, some of which were too big to support their own weight without wallowing in swamps and muck. Many dinosaur skulls didn't have much room for a brain, especially in comparison to the rest of the body. And, of course, they became extinct 65 million years ago -- so they couldn't have been too great, right?

Today's conception of dinosaurs is quite the opposite. Although their time in the spotlight as a failure has made the idea of "dinosaur" go hand-in-hand with "old and busted," scientists today generally view them as successful. A study led by David Fastovsky at the University of Rhode Island suggests that dinosaurs were still thriving when a collection of massive events led to their extinction [source: Hecht]. You might even see references to dinosaurs as the most successful animal ever to have lived.

So is this hyperbole, or are dinosaurs really more successful than any other Earth dweller? Read on to dig into this question. 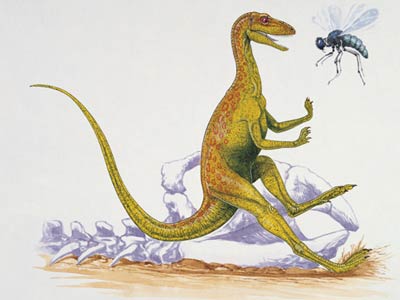