Niue's designation as the first country to become an International Dark Sky Place could help it become a leader in "astro-tourism." Mark Russell/Raise Communications

Tucked far away from any cities, the tiny island of Niue is blissfully free of the light pollution that plagues metro areas around the world. Niue's skies are so dark, in fact, that the entire country has been named an International Dark Sky Place.

That designation comes courtesy of the International Dark Sky Association (IDA), a U.S.-based nonprofit organization with the mission of preserving dark skies and cutting down on light pollution. There are about 130 certified dark sky parks, preserves and communities around the world, from Death Valley National Park to NamibRand Nature Reserve in Namibia, to the town of Flagstaff, Arizona.

But Niue is the first – and so far, only – entire nation to receive this prized seal of approval from the IDA. The recognition has made a celebrity of the 100-square mile (259-square kilometer) island (pop. 1,600), which is located roughly 1,500 miles (2,400 kilometers) from New Zealand in the middle of the South Pacific Ocean. Niue is a self-governing state, but it maintains a free association with New Zealand, which represents its miniscule and distant neighbor in many international affairs.

Sheer remoteness alone contributes heavily to the island's dark environment. But pursuant to the IDA's requirements, the villages commit to using artificial lighting that leaves the night sky unspoiled, unveiling the Milky Way, the Andromeda constellation, and other brilliant starry objects in their full glory. That meant retrofitting or replacing streetlights and lights in private residences and businesses.

Culturally, the Dark Sky designation will help protect part of the island's heritage. For centuries, its people have used the stars and lunar cycles for navigation on the seas. Niue is also home to a marine reserve and a forest conservation area.

Another view of the Niue night sky
Mark Russell/Raise Communications

"The stars and night sky have a huge significance to the Niuean way of life, from a cultural, environmental and health perspective," said Felicity Bollen, Niue Tourism CEO, in a statement to the IDA. "Being a dark sky nation will help protect Niue's night skies for future generations of Niueans and visitors to the country."

The designation is more than symbolic. Headlines about the tiny country's accomplishment will likely boost "astro-tourism," as astronomers and nature lovers from around the world venture into the far reaches of the Pacific for an adventure of a lifetime. When they arrive, they'll be met by local guides who help visitors find the best views of the pinpricked tarry black skies above. Thanks to its location, you can usually see the main southern dark sky objects like the Southern Cross, the large and small Magellanic clouds, Omega Centauri, as well as mid-latitude constellations like Orion, Taurus, Gemini and Cancer.

NOW THAT'S INTERESTING
Dark skies don't just make stars more visible at night. They also cut down on disruptions to wildlife and the ecosystem caused by light pollution, according to the International Dark Sky Association. Some communities worry that altering streetlights makes cities more vulnerable to crime. But multiple studies have failed to prove conclusively that enhanced street lighting deters crime. In some cases, researchers found that bright lights actually made crime worse.

How Will Food Pantries Meet the Demand of Coronavirus?

Good News! Some Butterfly Populations Bounced Back in 2019 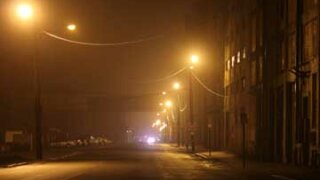 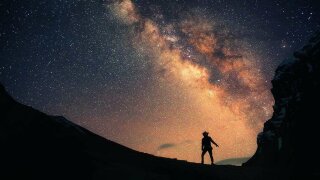 Why does the sky get dark at night?