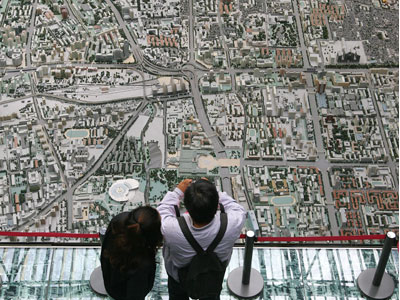 At the Planning and Exhibition Hall in Beijing, a pair of visitors examines a scale model of the city.
Frederic J.Brown/AFP/Getty Images

Some early opponents of urban planning blamed its practitioners for focusing only on aesthetics with no regard for human welfare. But today, such criticisms are largely unfounded because urban planners take a much more holistic approach to community development. They look far beyond aesthetics to consider the environmental, economic and social health issues that affect a community as it grows and changes.

Unfortunately, as the complexity of urban planning has increased, so have the length of time and costs required to complete the process. The time-intensive nature and high costs of planning are two of the biggest criticisms. If the planning process takes too long, the solutions it proposes may be obsolete before they're fully implemented -- a serious concern in emerging cities where change occurs more rapidly.

Some people object to the fact that urban planning gives the government too much power over individuals. And still others say urban planners put too much emphasis on the future of cities and towns and not enough on present problems. This discontent with urban planning pushes the field forward and forces it to evolve.

One of the most influential critiques of modern urban planning came in 1961 by Jane Jacobs. Her book, "Death and Life of Great American Cities," blasted 20th century urban planning and proposed radically new principles for rebuilding cities:

Although controversial, Jane Jacobs' ideas shook the industry and heavily influenced a new generation of planners and architects. Her theories and principles will, no doubt, continue to affect the design of cities for years to come.

So what's in the years to come? On the next page, we'll take a look.