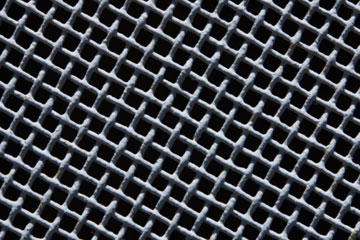 Faraday cages come in all shapes and sizes, but all of them use a metal screen that conducts electricity, creating a shielding effect.
Hemera Technologies/©Getty Images/Thinkstock

Electricity is the lifeblood of many aspects of our world. Without volts and amps, many of our technological innovations would cease to exist. Even our bodies wouldn't function without an electrical charge zipping through our cells. But what electricity gives, electricity can take away.

Although this form of energy is vital to so much of our lives, it's one of those things that are only good in the right amounts. Too much electricity can electrocute people. Likewise, it can kill our modern electronics and machines.

But thanks to Michael Faraday, the brilliant 19th-century scientist, and one of his namesake inventions, the Faraday cage, we humans have developed plenty of ways to control electricity and make it safer for our computers, cars and other inventions -- and for us, too.

Faraday cages shield their contents from static electric fields. An electric field is a force field surrounding a charged particle, such as an electron or proton.

These cages often look distinctly, well, cagelike. Some are as simple as chain-link fences or ice pails. Others use a fine metallic mesh. Regardless of their exact appearance, all Faraday cages take electrostatic charges, or even certain types of electromagnetic radiation, and distribute them around the exterior of the cage.

Electromagnetic radiation is all around us. It's in visible and ultraviolet light, in the microwaves that cook our food and even in the FM and AM radio waves that pump music through our radios. But sometimes, this radiation is undesirable and downright disruptive. That's where Faraday cages come in.

That basic function has plenty of fascinating uses in our electrically cluttered and technology-packed world. And although Faraday would eventually have his day, the backdrop for his invention actually has its roots in earlier times. So, where did the idea for these ultra-useful cages come from? Find out on the next page. 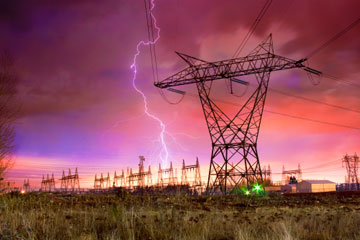 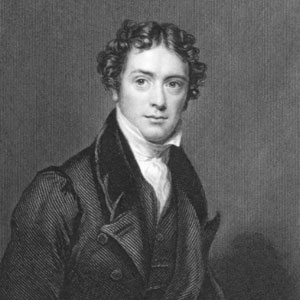 He was from a poor family and had little education as a child, but Michael Faraday became one of the world’s most famous and renowned scientists.
Hemera/Thinkstock

People use Faraday cages for a wide array of purposes -- sometimes in esoteric lab settings, other times in common products. Your car, for example, is basically a Faraday cage. It's the cage's effect, not the rubber tires, that protects you in case of a nearby lightning strike.

A lot of buildings act as Faraday cages, too, if only by accident. With their plaster or concrete walls strewn with metal rebar or wire mesh, they often wreak havoc with wireless Internet networks and cellphone signals.

But the shielding effect most often benefits humankind. Microwave ovens reverse the effect, trapping waves within a cage and quickly cooking your food. Screened TV cables help to maintain a crisp, clear image by reducing interference.

Power utility linemen often wear specially made suits that exploit the Faraday cage concept. Within these suits, the linemen can work on high-voltage power lines with a much-reduced risk of electrocution.

Governments can protect vital telecommunications equipment from lightning strikes and other electromagnetic interference by building Faraday cages around them. Science labs at universities and corporations employ advanced Faraday cages to completely exclude all external electric charges and electromagnetic radiation to create a totally neutral testing environment for all sorts of experiments and product development.

Intrigued? Keep reading, and you'll see other wild ways this simple cage effect is put to use for sophisticated purposes.

Make Your Own Cage

You don't need to spend millions or have a physics degree to make your own Faraday cage. On the Internet, you can find instructions for building a simple cage from common household products. 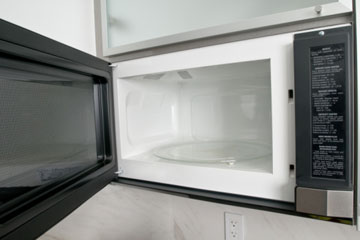 Microwave ovens are one common product that use a Faraday cage. Instead of keeping microwaves out, they force them into a small cooking chamber that “nukes” your food.
Jupiterimages/©Getty Images/Thinkstock

Swing by a hospital and you'll find Faraday cages in the form of MRI (magnetic resonance scanning) rooms. MRI scans rely on powerful magnetic fields to create medically useful scans of the human body. MRI rooms must be shielded to prevent stray electromagnetic fields from affecting a patient's diagnostic images.

There are plenty of political and military uses for Faraday cages, too. Politicians may opt to discuss sensitive matters only in shielded rooms that can block out eavesdropping technologies. All modern armed forces depend on electronics for communications and weapons systems, but there's a catch --these systems are vulnerable to aggressive EMPs (electromagnetic pulses), which can be a result of a solar storm or even man-made EMP attacks. To safeguard critical systems, militaries sometimes use shielded bunkers and vehicles.

It's for this same reason that Faraday cages are a fond subject in the survivalist subculture. These people, who preach self-sufficiency and mistrust of governmental response in the face of human-caused or natural disasters, believe in shielding all important electronics using homemade Faraday cages. In the event that an apocalyptic cataclysm strikes, they'll still have their shortwave radios and other high-tech tools that could be lifesavers.

Even if you're not particularly concerned with doomsday scenarios, Faraday cages likely play a role in your life every day. These cages harness a basic principle of physics and help people all over the planet put those principles to use -- for safety, luxury, convenience and to help further evermore exciting technological advances.