What causes a sonic boom?

You can learn a lot about sonic booms by looking at the wakes boats leave in the water.

If a boat travels faster than the waves can propagate through water, then the waves "can't get out of the way" of the boat fast enough, and they form a wake. A wake is a larger single wave. It is formed out of all the little waves that would have propagated ahead of the boat but could not.

It is just like being on the shore of a smooth lake when a boat speeds past. There is no disturbance in the water as the boat comes by, but eventually a large wave from the wake rolls onto shore. When a plane flies past at supersonic speeds the exact same thing happens, but instead of the large wake wave, you get a sonic boom.

For more information on this and related topics, check out the links below. 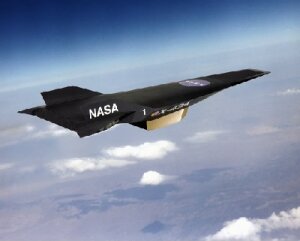