Who's that ahead? Is it Bigfoot? Sasquatch? Or something else? RichVintage/Getty Images

Bigfoot is one of the most enduring legends in North American history, a shadowy, hairy creature that roams the forests undetected. The beast is by no means new – it's been leaving huge footprints all over the country's culture for centuries.

Along the way, Bigfoot's acquired a lot of names, including Sasquatch, Stone Giant, Bushman, Tree Man, and many others, often based on words of Native American origin. Though there may be slight variations in the folklore behind these names, they're all essentially Bigfoot.

The Salish Indians of the Pacific Northwest and Vancouver Island were the first to use the name "Sasquatch," which was derived from the Salish word "se'sxac," meaning "wild men," according to Encylopaedia Brittanica. Sasquatch is usually described as an ape-like creature that walks upright, covered in long, dark brown, black or reddish fur, and standing anywhere from 6 to 15 feet (2 to 4.5 meters) tall. It's alleged to move silently or else give out a high-pitched cry.

"Bigfoot," a nickname for Sasquatch, was first coined in 1958 by a Humboldt County, California columnist named Andrew Genzoli, who recounted a letter from a newspaper reader claiming to have discovered huge footprints of unknown origin. In his response, an amused Genzoli wrote, "Maybe we have a relative of the Abominable Snowman of the Himalayas, our own Wandering Willie of Weitchpec."

Those words struck a chord with readers who wanted to know more and helped lay the foundation for Bigfoot and its eventual worldwide fame. Genzoli sent a reporter named Betty Allen out to the Bluff Creek worksite where Bigfoot was allegedly spotted to see the tracks it had made and to talk with the workers. Originally, Genzoli called the creature "Big Foot" but then changed its name to "Bigfoot" because he thought it looked better in print. Further articles from the pair, along with photos of the tracks, caught the attention of press all over the U.S.

So, is Bigfoot real?

Ancient Native Americans created now-famous "Hairy Man" pictographs in Central California in honor of a massive, unnamed creature. The pictographs seem to depict a beast nearly 9 feet (2.6 meters) tall, with an entire family by its side. This bit of visual history could be thousands of years old, evidence that this legend has incredibly long history.

There are also stories of Bigfoot-like creatures in other cultures. The Yeti, is a bear-like creature of the Himalaya Mountains. With roots in pre-Buddhist history, the Yeti's spotted only in cold, snowy climates and often at high altitudes.

Then there is the Abominable Snowman, so-named in 1921 by Henry Newman, a writer who recounted the adventures of British climbers who had just returned from Mount Everest. They told of huge footprints in the snow that their local guides said were left by "metoh-kangmi," basically meaning "man-bear snow-man." Newman used a bit of creative license and decided that "Abominable Snowman" sounded better. Some experts say the Yeti and the Abominable Snowman are the same thing (but not the same as the Sasquatch).

No one has ever captured a Bigfoot, but they've found the footprints it leaves behind. Some are nearly 2 feet long (60 centimeters) and 8 inches (20 centimeters) wide, the calling card of a massive creature that experts say veers between docility and hostility, depending on the situation and personality of the particular being.

The most famous bit of evidence by far for Bigfoot's existence is the 1967 Patterson-Gimlin film. Just one minute long, the jerky footage was created by Bob Gimlin and Roger Patterson, who were near Bluff Creek, California playing with a rented video camera when they spotted a mysterious creature.

They managed to capture a few moments of a supposed Bigfoot as it was walking away. In one iconic frame, the creature turns to look at the camera – a bit of incredible imagery that made the two men household names.

With so many sightings and so many witnesses over the decades and centuries, skeptics point out that we still have no concrete evidence that Bigfoot exists. And that's strange.

After all, says David Bakara, human bones are all over the place. Why haven't we found Bigfoot remains, too? As the owner of Expedition: Bigfoot! The Sasquatch Museum, located in Cherry Log, Georgia, Bakara has spent about 40 years of his life trying to come up with definitive proof of Bigfoot. (He confirms that Bigfoot and Sasquatch are one and the same.)

"We should have some physical evidence of the millions that have lived and died 200 million years ago to now," he says.

That lack of hard evidence, he says, doesn't square with the hundreds of witnesses who've claimed to see Bigfoot with their own eyes. He and his wife, Malinda, are among them.

He recalls a 2010 investigation when they observed two Bigfoots at night using a thermal camera. For about 10 minutes, they watched the creatures, which eventually walked back into the Florida swamp. Sadly, his pricey camera didn't have recording capability.

Bakara is a long-time member of the Bigfoot Field Researchers Organization, and he's heard every possible explanation for the creature's existence ... as well as for the lack of proof.

Some of his cohorts think that Bigfoot is an extraterrestrial. Perhaps they have cloaking abilities or some sort of characteristics that make them impossible to pin down, dead or alive.

He says others believe Bigfoot has paranormal roots, and that, "these things are some kind of spirits that can come and go. A lot of very good witnesses have seen these things just like vanish right in front of them." Perhaps, he speculates, they have an ability to access special portals that whisk them away once they've been spotted.

"In my opinion, they're just not a natural animal to this world," he says. "It's an animal that didn't come to Earth through normal, natural processes. That's the best I can tell you."

If you should stumble upon a Bigfoot while you're out in the forest, Bakara says to be cautious."It's not like running into a predictable large mammal," like a deer or an elk. "Walk away. Leave them alone."

He says that many people believe they'd stick around to take pictures or video in order to get proof of the encounter, but the reality is that most likely you'll be too freaked out to care.

If you spot a Bigfoot, "you've seen something that shouldn't exist," he says. "It's like coming face to face with a bull elephant. And then all of that bravery you thought you had is gone in the blink of an eye because you realize you're facing a super-predator."

His advice? Let Bigfoot be. Because whether you call it Sasquatch or any other name, it's not the kind of creature you want to face off with alone in the wild.

NOW THAT'S INTERESTING
Since 1976, the FBI has had a file on Bigfoot, a database of the many stories and witnesses that claim to support the creature's existence. They've even analyzed hair supposedly belonging to the creature. Their conclusion? It was deer hair.

Isolation and Monotony Stress the Brain. Here's How to Cope 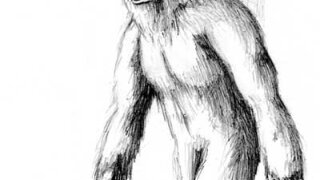 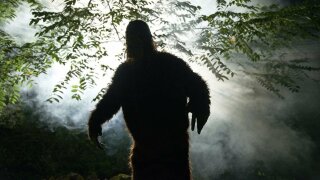 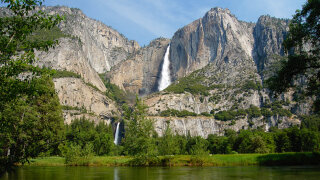