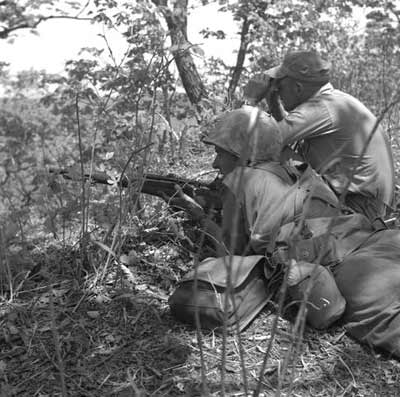 A sniper team consists of a sniper and a spotter. The two-man team offers many advantages over the deployment of a lone sniper in the field. The spotter carries his own special scope that is much more powerful than the scope on a sniper rifle. The spotter uses his scope to help the sniper observe objectives and set up the shot. The two soldiers work together to get to the objective safely and discreetly and then set up a position. Here's the general process:

And in the words of Army Ranger Sniper, "Then you just take your shot and get the hell out of there."

In the next section we'll look at the relationship a sniper has with his spotter.