A Day at the Office 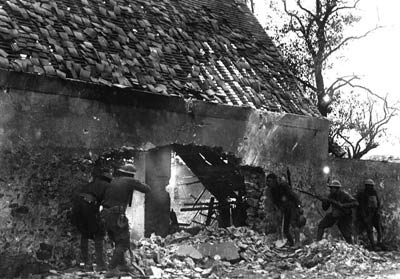 Sniper teams are attached to special operations units. The soldiers that make up these units represent the elite members of the armed services. There is always conflict in the world somewhere, and special operations units may be involved in these conflicts even if the regular forces are not. A military sniper must spend his days training and preparing to be deployed at any time.

In the words of Army Ranger Sniper, "There really is no average day. If you're on a mission, your day would be ... moving to the objective ... walking through the woods all day to get to where you need to go or just laying in bushes and watching over a position all day long. If you're in garrison, back in the barracks, then you're training."

A great deal of planning happens before soldiers hit the field. The sniper in a sniper team is part of the mission planning. Army Ranger Sniper describes the pre-mission process:

What you do is study the mission -- the mission statement, the operation order, which tells who's going to do what, where people are going to be at a certain time, and this goes not just for the sniper, but ... for people in the unit ... all the way from the private up to the company commander. Everybody has to know what is going on. You have to memorize radio frequencies. You don't want to be carrying a lot of this stuff around with you. Because if you get compromised, then the enemy has all your frequencies, call signs ... So you want to memorize as much of this as you can -- study. You study your terrain, where you're going to be, your mission, your route, how to get to the objective the best way, how long you have to get there -- because everyone else is going to be coming up behind you, so you have to get there before them. So, basically, mission prep entails knowing what's going on with everybody else.

In the next section, we'll see what the training is like for a military sniper.

In the Vietnam War, the North Vietnamese Army put a bounty on the head of any U.S. sniper captured alive.