More Design Requirements of the Zumwalt 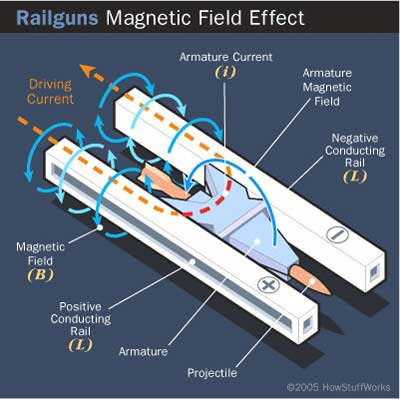 Beyond the needs to survive, stay invisible to the enemy and run on electric power alone, the Zumwalt class destroyers have other requirements that will make it one of the deadliest, and scariest, destroyers on the planet.

While the 16-inch guns of today's U.S. battleships have performed well in supporting ground troops, the Zumwalt class destroyer will be even more lethal. It will be required to fire more rapidly, with greater range and with much greater precision. If the ship can generate enough power (and, as an all-electric ship, it should), it may also include an electromagnetic rail gun, a weapon that uses a magnetic field powered by electricity to accelerate a projectile up to 52,493 feet (16,000 meters) per second.

The DDG 1000 will feature an open IT architecture, making it easier to use off-the-shelf software and to promote interoperability. Contractors who help the Navy develop the various systems of the ship will work within this single IT framework to make sure all hardware and software is fully integrated.

The DDG 1000 will cost a great deal to build, but it will be one of the most efficient ships to operate. Many of its critical systems will be fully automated, requiring a smaller crew to keep the ship operational. Its fuel-efficient power system will also reduce fuel costs.

In many ways, the Zumwalt class destroyer will be a working prototype for all ships to be built as part of the Navy's 21st Century Fleet. Its advanced technologies will be tested and proven in real-world situations and will then be incorporated in ships, such as the DD(X) Cruiser and the Littoral Combat Ship, being planned for the near future. It's also hoped that the DDG 1000 will influence ship design for the remainder of the century, giving rise to even newer, more advanced capabilities.