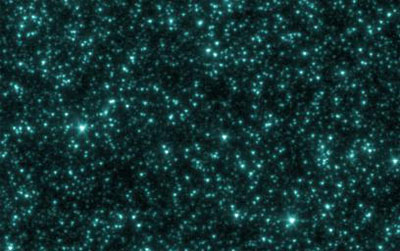 Cambridge University refers to the study of these earliest moments as quantum cosmology [source: Cambridge University]. At the earliest moments of the big bang, the universe was so small that classical physics didn't apply to it. Instead, quantum physics were in play. Quantum physics deal with physics on a subatomic scale. Much of the behavior of particles on the quantum scale seems strange to us, because the particles appear to defy our understanding of classical physics. Scientists hope to discover the link between quantum and classical physics, which will give us a lot more information about how the universe works.

At t = 1 x 10-43 seconds, the universe was incredibly small, dense and hot. This homogenous area of the universe spanned a region of only 1 x 10-33 centimeters (3.9 x 10-34 inches). Today, that same stretch of space spans billions of light years. During this phase, big bang theorists believe, matter and energy were inseparable. The four primary forces of the universe were also a united force. The temperature of this universe was 1 x 1032 degrees Kelvin (1 x 1032 degrees Celsius , 1.8 x 1032 degrees Fahrenheit). As tiny fractions of a second passed, the universe expanded rapidly. Cosmologists refer to the universe's expansion as inflation. The universe doubled in size several times in less than a second [source: UCLA].

As the universe expanded, it cooled. At around t = 1 x 10-35 seconds, matter and energy decoupled. Cosmologists call this baryogenesis -- baryonic matter is the kind of matter we can observe. In contrast, we can't observe dark matter, but we know it exists by the way it affects energy and other matter. During baryogenesis, the universe filled with a nearly equal amount of matter and anti-matter. There was more matter than anti-matter, so while most particles and anti-particles annihilated each other, some particles survived. These particles would later combine to form all the matter in the universe.

A period of particle cosmology followed the quantum age. This period starts at t = 1 x 10-11 seconds. This is a phase that scientists can recreate in lab conditions with particle accelerators. That means that we have some observational data on what the universe must have been like at this time. The unified force broke down into components. The forces of electromagnetism and weak nuclear force split off. Photons outnumbered matter particles, but the universe was too dense for light to shine within it.

Next came the period of standard cosmology, which begins .01 second after the beginning of the big bang. From this moment on, scientists feel they have a pretty good handle on how the universe evolved. The universe continued to expand and cool, and the subatomic particles formed during baryogenesis began to bond together. They formed neutrons and protons. By the time a full second had passed, these particles could form the nuclei of light elements like hydrogen (in the form of its isotope, deuterium), helium and lithium. This process is known as nucleosynthesis. But the universe was still too dense and hot for electrons to join these nuclei and form stable atoms.

That's a busy first second. On the next page, we'll find out what happened over the next 13 billion years.

Saying that the universe is homogeneous and isotropic is another way of saying that every location in the universe is the same as every other one, and that there's no special or central spot for the universe. It's often called the Copernican or cosmological principle.