Is there a speed of darkness? 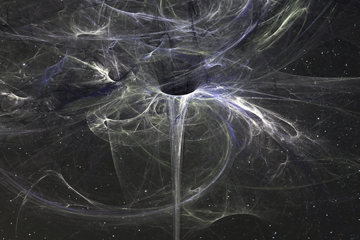 If light can travel and we're able to measure it, what then becomes of the speed of darkness?
MarcelC/Thinkstock

Strictly speaking, dark is simply the absence of light, and thus has no speed at all, according to noted astrophysicist Neil deGrasse Tyson. In his opinion, the idea of a speed of darkness is no more than a poetic metaphor, but has no place in legitimate scientific discussion [source: StarTalk].

If you expand the concept of dark, however, it may appear that the dark has a speed all its own. Consider a dark spot in a beam of light, which might be created by placing a piece of cloth or other object over part of the light source. While this dark spot might not meet strict criteria for total darkness, it travels at the same speed as the rest of the non-obstructed light [source: University of Illinois]. This same speed of darkness holds true if you equate darkness to how long it takes for the light to go away when the power is switched off -- again, the speed of dark in this case is equal to the speed of light.

Widen the interpretation of darkness a bit further, and consider the speed of dark matter. This mysterious energy makes up 80 percent of all matter in the universe. In a 2013 study, scientists determined that dark matter should have a speed of 54 meters per second, or 177 feet -- slow compared to the speed of light [source: Armendariz-Picon and Neelakanta]. Of course, dark matter velocity is theoretical at this point, as this matter has largely stopped moving, preferring to form haloes around galaxies throughout the universe. The 54 meters per second figure estimated its speed when the universe was first forming, extrapolated to how fast the dark matter could travel today if it were still in motion [source: Woo].

Finally, consider what would happen if you extend the definition of darkness to include black holes, which are devoid of light. In 2013, researchers determined that one massive black hole measuring more than 2 million miles (3.2 million kilometers) across was spinning at around 84 percent of the speed of light [source: Fazekas].

10 Things You Didn't Know About Einstein
What Kind of Technology Could Dark Matter Research Lead To?
Is there a hole in the universe?