by Jane McGrath
Prev NEXT
9

Had an Aversion to Biology 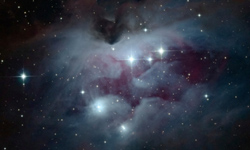 Hawking chose to study cosmology at university, even though it wasn't yet a popular field at the time.
©iStockphoto/Thinkstock

Stephen Hawking took a liking to mathematics from an early age, and he would have liked to have majored in it. His father, Frank, however, had different ideas. He hoped Stephen would study medicine.

But, for all his interest in science, Stephen didn't care for biology. He has said that he found it to be "too inexact, too descriptive" [source: Larsen]. He would have rather devoted his mind to more precise, well-defined concepts.

One problem, however, was that Oxford didn't have mathematics as a major. The compromise was that Stephen would attend Oxford and major in physics.

In fact, even within physics, he focused on the bigger questions. When faced with deciding between the two tracks of particle physics, which studies the behavior of subatomic particles, versus cosmology, which studies the large universe as a whole, he chose the latter. He chose cosmology despite the fact that, at that time, he says, it was "hardly recognised as a legitimate field" [source: Hawking].

In explaining why, he said that particle physics "seemed like botany. There were all these particles, but no theory" [source: Larsen].