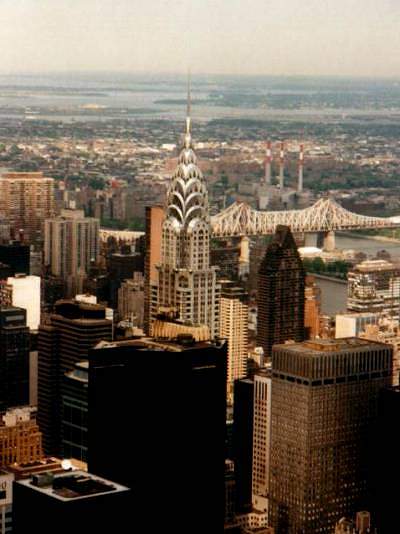 As we've seen in the previous sections, skyscrapers come in all shapes and sizes. The steel skeleton concept makes for an extremely flexible structure. The columns and girders are something like giant pieces in an erector set. The only real limit is the imagination of the architects and engineers who put the pieces together.

The earliest skyscrapers, built in the late 1800s, were very basic boxes with simple stone and glass curtain walls. To the architects who built these skyscrapers, the extreme height was impressive enough. In the period around 1900, the aesthetic began to change. Buildings got taller, and architects added more extravagant gothic elements, hiding the boxy steel structure underneath.

The art deco movement of the 1920s, '30s and '40s extended this approach, creating buildings that stood as true works of art. Some of the most famous skyscrapers, including the Empire State Building and the Chrysler Building (above), came out of this era. Things shifted again in the 1950s, when international style began to take hold. Like the earliest skyscrapers, these buildings had little or no ornamentation. They were made mostly with glass, steel and concrete.

Since the 1960s, many architects have taken the skyscraper to new and unexpected places. One of the most interesting variations has been the combination of several vertical skeleton sections -- or tubes -- into one building. The Sears Tower in Chicago, the most famous example of this approach, consists of nine aligned tubes that reach to different heights. This gives the building an interesting staggered appearance.