Located on a remote island halfway between mainland Norway and the North Pole, deep inside a mountain, is the Svalbard Global Seed Vault. It may not have instant name recognition around the world, but it's described as "the ultimate insurance policy for the world's food supply" in the event of a catastrophic disaster, like nuclear war.

The Doomsday Vault, as it's also known, is intended to secure millions of seeds representing every important crop variety available today, in case future generations need to "overcome the challenges of climate change and population growth." But according to recent news, one of the very scenarios the vault is intended to safeguard against could destroy it.

A report compiled by Norway's leading climate researchers says anticipated future temperature increases on the Arctic island group of Svalbard could bring rain, flooding and landslides. The potential changes are predicted to be "dramatic" and among the "most frightening" yet. The report states that in a worst case scenario, Svalbard could become 18 degrees Fahrenheit (10 degrees Celsius) warmer by year 2100.

Researchers note that the damage is already occurring due to recent warmer temperatures that have led to avalanches and landslides in the area. The increased rain in place of snow has caused environmental changes that required buildings on the island to be reinforced — including the Seed Vault. The most distressing piece of this might be that the Vault itself, while intended to withstand a full-on nuclear war, is falling victim to climate change after just two decades.

Because Svalbard is north of mainland Norway, scientists say climate change has a greater impact there. The decrease in glaciers and permafrost (ground that remains completely frozen for two years straight) will increase the amount of erosion and endangered species. The reason, according to Hanssen-Bauer, is that as temperatures rise, snow and ice are reduced, leading to less reflection of sunlight. This also means more solar energy is absorbed by darker surfaces that have been uncovered.

But while Norway's government minister in charge of climate and environmental issues, Ola Elvestuen, stated that the country should immediately cut carbon emissions to reduce the monumental impact, the government has also been criticized for refusing to regulate offshore oil and gas exploration and production. Restrictions are in place around the Arctic ice cap and some island settlements, but environmental organizations continue to push for more comprehensive rules and limitations.

"We are very good at setting goals for ourselves," hydrologist and division chief at Norway's state waterways and energy agency NVE, Hege Hisdal, told the website Views and News from Norway. "But in practice we are quite far from reaching the goals."

Now That's Sad
While global warming is causing glaciers to melt, it's also destroying unprecedented amounts of coral reefs — we've lost half of the planet's reefs in just the last three decades.

The Quest to Fix the Grocery Store Tomato

Is Borax Harmful or Helpful? 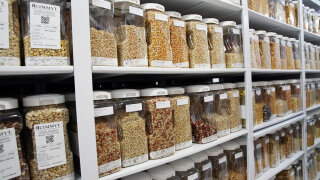 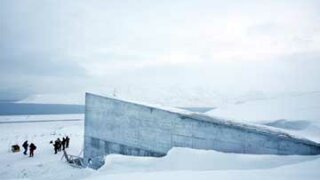 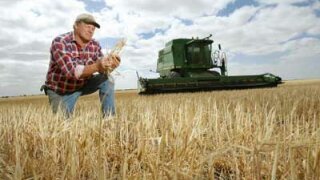