How the Chicago Climate Exchange Works 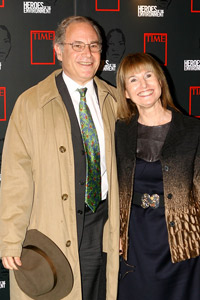 Dr. Richard Sandor realized that the United States was in need of a carbon market.
Getty Images

It's no secret the world is addicted to oil. People have been using oil for more than 5,000 to 6,000 years, and today, fossil fuels provide 85 percent of the energy in America alone [source: California Energy Commission and The Heritage Foundation]. Generating energy from fossil fuels has a downside -- greenhouse-gas emissions byproducts. Greenhouse gases (GHGs) are considered to be partly responsible for global warming, and international efforts are under way to reduce the emission of six offenders: carbon dioxide, methane, nitrous oxide, hydrofluorocarbons, perfluorocarbons and sulphur hexafluoride. Under the Kyoto Protocol treaty, a legally binding agreement drafted in 1997 and enacted in 2005, 37 industrialized countries, as well as the European Union pledged to reduce total emissions by an average of 5 p­ercent below their 1990 levels between 2008 and 2012.

How are counties reaching these goals? They have two choices. Invest in ways to reduce pollution levels or invest in others' capacity to cut their pollution, a cap and trade system that puts a price on emissions.

Cap and trade works basically like this: Countries (as well as companies or individuals) are given an allowance of how much GHG they may emit, known as the cap. Let's say Country A easily reduced its emissions and emitted 10 percent fewer GHGs than its cap permitted. Country B, though, didn't meet its cap. Country A can sell the unused 10 percent of its allowance to Country B and help Country B offset its emission excess -- the trade.

In 2000, economist Dr. Richard Sandor began studying whether a cap and trade system could be applied to U.S. companies and the way they reduce their GHG emissions. He believed the country was ready for a private carbon trading market, even if it didn't back an international treaty like Kyoto. Carbon trading is like selling company shares on the stock market except it's not shares of a company, it's shares of pollution. As it turns out, his brainchild was a hot idea. Sandor founded the Chicago Climate Exchange (CCX), and in 2003, 13 charter members began trading GHG allowances for the six named GHGs. Today, the CCX has roughly 300 multinational members [source: Chicago Climate Exchange].

How are emissions traded, and who trades them? Let's find out. 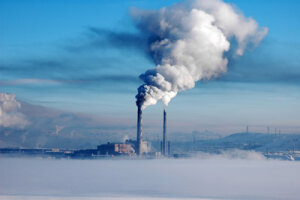