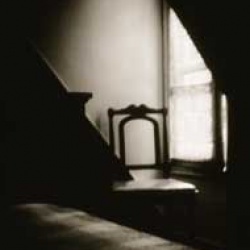 Fortunately, the Murder Castle and its torture chambers were burned to the ground.
Michael Pierazzi/Getty Images

The name says it all. In the late 1800s in Chicago, Dr. H.H. Holmes, born Herman Mudgett, built and operated a hotel that later would be dubbed the "murder castle" by law enforcement agents. Holmes was a lifelong cheat, swindler and fraud artist -- in medical school he took out insurance claims on cadavers and mangled the corpses to look like they were accident victims. Shortly before the 1893 World's Fair in Chicago, Holmes built a 60-room hotel in the Chicago suburb of Englewood. Holmes was the architect, and the hotel housed many bizarre features -- doors that led to nothing, rooms without windows, trapdoors and hidden passageways.

When Holmes opened the hotel up for business, guests got more than they bargained for. For four years, Holmes held various guests prisoner, torturing and killing them. He is known as America's first serial killer, admitting to 28 murders, though it's believed that he was responsible for many more. Some rooms were sealed shut and used as gas asphyxiation chambers, others were lined with iron plates and had blowtorches built into the walls to burn his victims. The prison rooms had rudimentary alarm buzzers to alert him if anyone tried to escape.

The basement of the dwelling reads like a horror movie. Investigators found a surgical table in a room spattered with blood. There were jars of poison and boxes of bones. Holmes had his own crematorium, vats of acid and two lime pits that could dissolve a body in a matter of hours. Chutes from the prison rooms slid bodies directly to the basement.

In a stroke of luck, Holmes was arrested eventually for an insurance fraud scheme. The murders were revealed when police conducted a search of the castle. He was hung for his crimes but never showed any remorse. He claimed to be possessed by the devil. The building was burned to the ground shortly thereafter and eventually became a post office in the 1930s.