Many mysteries hide beneath Jupiter's beautifully chaotic clouds, but with the help of some clever astronomical techniques and NASA's Juno spacecraft, one of the giant planet's biggest puzzles may be closer to being solved.

As we know, water is the key to life on Earth. Our efforts to seek out life on other worlds hinges on the detection of this important compound. Though scientists don't think that life inhabits Jupiter, finding a Jovian reservoir is one of the most pressing issues in planetary science. Locating this water will help us understand how the solar system, and Jupiter itself, evolved. Unfortunately, Jupiter has been notoriously bad at revealing any water deep in its thick atmosphere, leaving scientists and their models of planetary formation high and dry.

Before we sent spacecraft to investigate Jupiter, scientists assumed the gas giant would contain copious amounts of H2O. The logic was simple: Earth is covered in the wet stuff, and there's lots of water in the various moons that orbit the giant planets. Therefore, Jupiter, the most massive and most gravitationally dominant planet in the solar system, must have trapped the lion's share of the solar system's water as it formed billions of years ago.

That logic was shattered in 1995 when NASA's Galileo mission dropped a probe into the planet's atmosphere to measure its composition. Much to everyone's surprise, there was an astonishing lack of water. As it turns out, the Galileo probe may not have detected water simply because it was dropped in the wrong place. It's as if the probe parachuted over a desert on Earth. It's not that there's no water on our planet, it's just that deserts aren't known for being awash with the stuff. Jupiter's atmosphere is dynamic, with jet streams, storms and a nonhomogeneous composition; the probe could only sample the atmosphere it was traveling through in that one location – and that location might've been as dry as a desert.

The situation changed, however, when researchers used the powerful W.M. Keck Observatory and NASA Infrared Telescope Facility on Hawaii's Mauna Kea to stare deep into Jupiter's biggest storm, the Great Red Spot. They released their water-filled news in an August 2018 study published in the Astrophysical Journal and led by astrophysicist Gordon L. Bjoraker, of NASA's Goddard Space Flight Center.

"The moons that orbit Jupiter are mostly water ice, so the whole neighborhood has plenty of water," said Bjoraker in a NASA statement. "Why wouldn't the planet – which is this huge gravity well, where everything falls into it — be water rich, too?"

To investigate, Bjoraker's team measured the infrared radiation leaking from deep beneath the clouds. Specifically they studied the infrared absorption spectrum of a certain type of methane that's known to exist in a vapor throughout the planet. This infrared radiation should leak through the clouds unimpeded, but should any clouds be present, this radiation will be blocked. During analysis of observations from Jupiter's Great Red Spot, the researchers found three distinct cloud layers were blocking this infrared signal from passing through the atmosphere, agreeing with theoretical predictions for the presence of water-rich clouds. They also detected large quantities of carbon monoxide, suggesting there's a lot of oxygen (O) available in Jupiter's atmosphere to chemically bond to molecular hydrogen (H2) to form water (H2O) if the temperature and pressure is just right.

The next step is to use these data to complement Juno's observations of Jupiter. The spacecraft can make spectroscopic observations even deeper into Jupiter's atmosphere and it will do so for the entire planet, not just the Great Red Spot. But should Juno also detect this possible water cloud layer, the techniques developed by Bjoraker's team using telescopes on Earth will have been proven effective at finding water deep inside Jupiter, thereby solving the gas giant's watery mystery. These techniques could then be used to probe deep into the atmospheres of other planets.

"If it works, then maybe we can apply it elsewhere, like Saturn, Uranus or Neptune, where we don't have a Juno," said study co-author and planetary atmospheres expert Amy Simon in a statement.

Now That's Interesting
NASA named the Juno mission after the Roman goddess Juno, who was married to Jupiter and had the handy ability to see through clouds.

The Best, the Worst and the Weirdest College Mascots (and Why We Love Them) 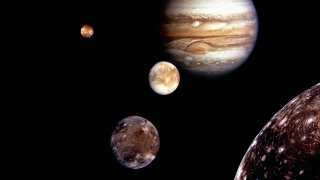 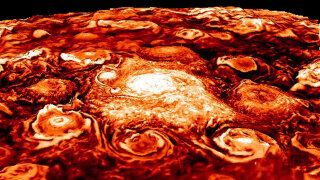 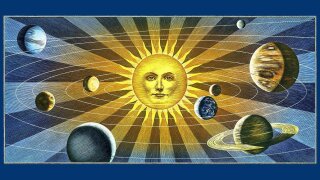