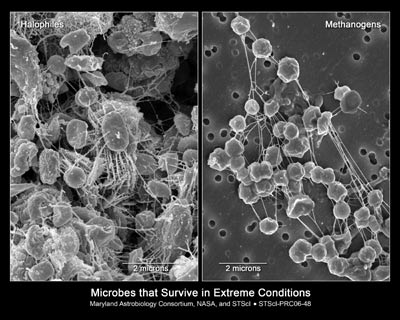 ­What's your ideal environment? Sunny, 72 degrees Fahrenheit (22 degrees Celsius) and a light breeze? How about living in nearly boiling water that's so acidic it eats through metal? Or residing in a muddy, oxygenless soup far saltier than any ocean? If you're an extremophile, that might sound perfect.

Extremophiles are organisms that live in "extreme" environments. The name, first used in 1974 in a paper by a scientist named R.D. MacElroy, literally means extreme-loving [source: Townsend]. These hardy creatures are remarkable not only because of the environments in which they live, but also because many of them couldn't survive in supposedly normal, moderate environments. For example, the microorganism Ferroplasma aci­diphilum ­needs a large amount of iron to survive, quantities that would kill most other life forms. Like other extremophiles, F. acidiphilum may recall an ancient time on Earth when most organisms lived in harsh conditions similar to those now favored by some extremophiles, whether in deep-sea vents, geysers or nuclear waste.

­Extremophiles aren't just bacteria [source: Science Resource Education Center]. They come from all three branches of the three domain classification system: Archaea, Eubacteria and Eukaroyta. (We'll explore taxonomy more next.) So extremophiles are a diverse group, and some surprising candidates -- yeast, for example -- qualify for membership. They're also not always referred to strictly as extremophiles. For example, a halophile is so named because it thrives in a very salty environment.

The discovery of extremophiles, beginning in the 1960s, has caused scientists to reassess how life began on Earth. Numerous types of bacteria have been found deep underground, an area previously considered a dead zone (because of lack of sunlight) but now seen as a clue to life's origins. In fact, the majority of the planet's bacteria live underground [source: BBC News].

These specialized, rock-dwelling extremophiles are called endoliths (all underground bacteria are endoliths, but some endoliths are nonbacterial organisms). Scientists speculate that endoliths may absorb nutrients moving through rock veins or subsist on inorganic rock matter. Some endoliths may be genetically similar to the earliest forms of life that developed around 3.8 billion years ago. For comparison, Earth is about 4.5 billion years old, and multicellular organisms developed relatively recently compared to unicellular, microbial life [source: Dreifus]. 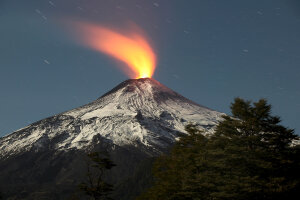