Trailer parks – with their lack of stable foundations and their lightweight structures – suffer a lot of damage in tornadoes.
Brett Deering/Getty Images

You've probably heard, or seen on the news, that trailer parks seem to attract tornadoes like magnets. As if people living in mobile homes need another stereotype to contend with – between not-so-positive representations in media and the idea that Mother Nature somehow has a target on these homes, trailer parks get a bad rap.

Let's be clear from the beginning. There is little truth to the myth that mobile homes "attract" tornadoes. (Other common – and false – myths about tornadoes include that opening your windows in your home during a tornado can "equalize" the pressure and keep the house standing and that a body of water can stop a tornado in its tracks.) Tornadoes don't hit trailer parks more frequently than anything else. Tornadoes simply destroy. Period.

Why does it seem, though, that tornadoes disproportionately damage trailer parks, like bullies who single out the smallest kids to pick on? Trailer parks – with their lack of stable foundations and their lightweight structures – suffer a lot of damage in tornadoes [source: MacMath]. The heavier and more secure a building, the safer it is during catastrophic twisters. Mobile homes certainly will suffer more damage than, say, hulking concrete shelters.

Unfortunately, this means mobile home residents are 10 to 20 times more likely to be killed in a tornado than residents of nonmobile homes [source: Wolfson]. Mobile homes are much more vulnerable to weaker tornadoes; larger buildings might do just fine in a100 mph (161 kph) tornado, while a lightweight mobile home might tip over in winds as low as 55 mph (89 kph) [source: MacMath].

However, there is one study that makes an interesting point about why tornadoes seem to hit trailer parks disproportionately. A Purdue University research team found that tornadoes often strike in "transition zones," where a city ends and rural area begins or where forests turn to farmland. These abrupt changes in landscape may trigger severe changes in weather [source: van Hoose]. Coincidentally, trailer parks are often found at the edges of cities, meaning they happen to be located in geographic areas more likely affected by tornado activity.

Remember, the best thing to do – no matter where you live – is find a safe, designated shelter when a tornado approaches. And there's no question: Those who live in manufactured homes are at greater risk of damage. Be extra vigilant about giving yourself enough time to evacuate.

What Are Santa Ana Winds?
China's Great Flood May No Longer Be Just a Myth
Scientists Develop Clearer Idea of How Dino-Killing Asteroid Changed Earth's Environment 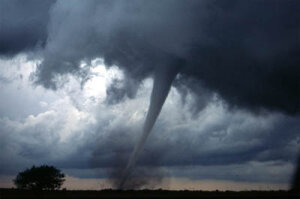 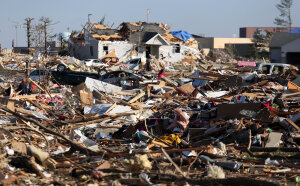 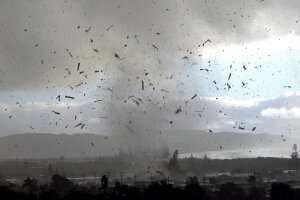