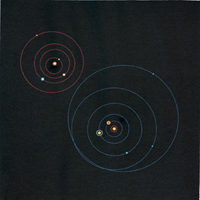 Pluto, shown as the outermost ring in both illustrations, has the most irregular orbit of all of the objects previously considered planets.
Image courtesy NASA

Since its discovery in 1930, Pluto has been a bit of a puzzle:

These facts contributed to the long-running debate over whether to consider Pluto a planet. On Aug. 24, 2006, the International Astronomical Union (IAU), an organization of professional astronomers, passed two resolutions that collectively revoked Pluto's planetary status. The first of these resolutions was Resolution 5A, which defines the word "planet." Although many people take the definition of "planet" for granted, the field of astronomy had never clearly defined what is and is not a planet.

Here's how Resolution 5A defines a planet:

A planet is a celestial body that (a) is in orbit around the Sun, (b) has sufficient mass for its self-gravity to overcome rigid body forces so that it assumes a hydrostatic equilibrium (nearly round) shape, and (c) has cleared the neighbourhood around its orbit [ref].

Pluto is relatively round and orbits the sun, but it does not meet the criteria because its orbit crosses Neptune's orbit. Critics of the resolution argue that other planets in the solar system, including Earth, have not cleared the neighborhood around their orbits. Earth, for example, regularly encounters asteroids in and near its orbit.

Resolution 5A also established two new categories of objects in orbit around the sun: dwarf planets and small solar-system bodies. According to the resolution, a dwarf planet is:

A celestial body that (a) is in orbit around the Sun, (b) has sufficient mass for its self-gravity to overcome rigid body forces so that it assumes a hydrostatic equilibrium (nearly round) shape, (c) has not cleared the neighbourhood around its orbit, and (d) is not a satellite [ref].

Small solar-system bodies are objects that orbit the sun but are neither planets nor dwarf planets. Another resolution, Resolution 6A, also specifically addresses Pluto, naming it as a dwarf planet.

Not all astronomers supported Resolutions 5A and 6A. Critics have pointed out that using the term "dwarf planet" to describe objects that are by definition not planets is confusing and even misleading. Some astronomers have also questioned the resolutions' validity, since relatively few professional astronomers had the ability or opportunity to vote (less than 4 percent of the world's astronomers and planetary scientists voted.)

Here's how the two resolutions classified the objects in orbit around our sun:

But this may not be the last word on Pluto. In 2014, after a debate among scientists sponsored by the Harvard-Smithsonian Center for Astrophysics, the majority of the nonexpert audience voted for a simpler definition of planet — basically, that it had to be spherical and orbit around a star or the remnants of one — that included Pluto, according to an article on the center's website.

A 2019 paper, authored by a number of distinguished planetary scientists, concluded that the argument made back in 2006, that Kuiper Belt Objects should be classified as non-planets was "arbitrary," based on their assessment of 200 years' worth of studies. The paper argued that none of the studies (expect for one paper) talked about the non-sharing of an orbit as a criterion for distinguishing planets from asteroids. You can read more about the case to reinstate Pluto at our article "Pluto: Is It a Planet After All?" 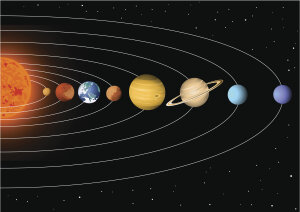 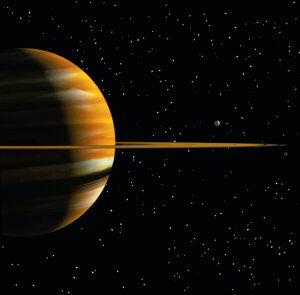 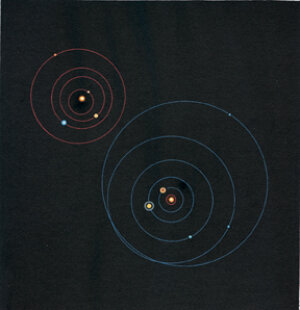