by Patrick J. Kiger Apr 12, 2018
The Galapagos penguin, an endangered species that can live on the equator due in part to cool water flowing from the Humboldt Current, takes a swim off Bartolome Island, Galapagos Archipelago, Ecuador. Wild Horizon/UIG/Getty Images

In December 1802, a small sailing ship called the Causino set sail from Callao, Peru northward along the South American coastline toward Guayaquil in present-day Ecuador, a trip of about 700 miles, or 1,127 kilometers. One of the ship's passengers was a 33-year-old Prussian aristocrat, Alexander von Humboldt. A mining engineer by training, Humboldt had an insatiable curiosity about nature that led him to roam the planet, studying plants and animals as well as phenomena ranging from magnetic rocks to river systems and ocean currents.

Fresh from studying the value of bat guano as manure in Callao, Humboldt used the sailing trip to investigate a powerful, cold current that flowed from the tip of Chile to northern Peru, ranging from just offshore to about 600 miles (966 kilometers) off the coast. As an 1873 biography of Humboldt details, the current's existence had been known for centuries to sailors and fishermen. But no scientist had ever systematically studied the flow. Humboldt carefully measured the water temperature and the speed, and continued on his journey, which eventually would lead him to Mexico.

Humboldt's work was the beginning of scientific understanding of the Humboldt Current, also known as the Peru Current. The current helps hold warm, moist air off the coast, keeping the climate cool. It also pulls plankton-rich water from deep in the Pacific to the surface, feeding a vast number and variety of fish and birds, and creating the richest marine ecosystem on the planet. Its fishing grounds provide about 6 percent of the world's catch.

And as the World Wildlife Fund website notes, the Humboldt Current's nutrients support the marine food chain of the Galapagos Islands and influence its climate as well. It has helped to make possible the archipelago's incredible biodiversity. In that sense, the Humboldt Current also helped shape the development of evolutionary theory. The Galapagos provided the living laboratory for another 19th-century scientist, Charles Darwin, whose paradigm-shifting work "On the Origin of Species" was published in 1859, the year of Humboldt's death.

Darwin himself was inspired by the work of Humboldt, who might be the most important scientist that you've probably never heard of. In the early to mid-1800s, though, he might have been the most renowned researcher on the planet, a scientific mind of such esteem that Thomas Jefferson corresponded with him. Humboldt was the first to investigate the relationship between mean temperature and elevation, and came up with the concept of maps with isothermal lines that delineate areas with the same temperature at a given time. He did important early work on the origin of tropical storms.

More importantly, Humboldt altered the way that scientists see the natural world, by finding interconnections. As Humboldt biographer Andrea Wulf wrote in this 2015 article, the scientist invented the concept of a web of life, what he called "this great chain of causes and effects." Some consider him to be the first ecologist, a thinker who paved the way for the likes of Rachel Carson. He was ahead of the curve on understanding environmental problems such as deforestation and its effect upon climate, which he first observed around Lake Valencia in Venezuela back in 1800.

Aaron Sachs, a history professor at Cornell University and author of "The Humboldt Current: Nineteenth-Century Exploration and the Roots of American Environmentalism," thinks that rather than focusing on Humboldt's specific discoveries, it's more important to look at the insights and approaches to the work that were based upon his research and observations.

"To me, his version of ecology was significant, not just because he stressed interconnection but because he combined it with a social and ethical perspective," Sachs writes in an email. "The fact of interconnection had certain implications with regard to human responsibilities toward each other and the environment. It was a cosmopolitan, open-minded ecology."

Now That's Interesting
Humboldt also was a predecessor to Albert Einstein as a scientist with a strong interest in social justice. As Andrea Wulf notes, he was a critic of colonialism and supported revolutionary movements in South America, and also criticized the U.S. — a country he otherwise admired — for its institution of slavery. 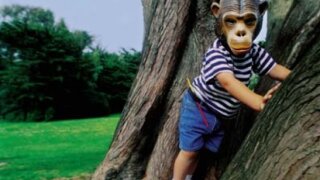 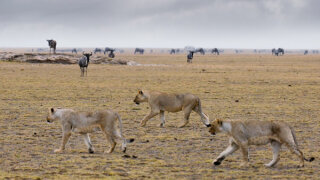 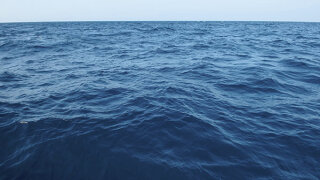