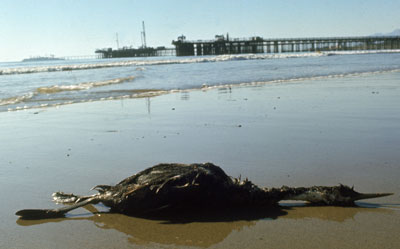 Any time oil drilling is mentioned, you know there's going to be talk of its environmental impacts. When it comes to offshore oil drilling, that talk is even more heated, since you're not just digging underground but also thousands of feet underwater.

Whenever oil is recovered from the ocean floor, other chemicals and toxic substances come up too -- things like mercury, lead and arsenic that are often released back into the ocean. In addition, seismic waves used to locate oil can harm sea mammals and disorient whales. ExxonMobil recently had to suspend exploration efforts near Madagascar after more than 100 whales beached themselves [source: Nixon].

The infrastructure required to drill wells and transport offshore oil can be equally devastating. A series of canals built across Louisiana wetlands to transport oil has led to erosion. Along with the destruction of the state's marshland caused by drilling efforts, the canals have removed an important storm buffer, possibly contributing to the damage caused by Hurricane Katrina. The petrochemical plants built nearby add to the negative effects [source: Jervis].

Not so fast, say supporters of offshore drilling: Improvements in technology and better government oversight have made drilling inherently safe. In fact, since 1975, offshore drilling has had a 99.999 percent safety record [source: EIA]. The amount spilled has decreased from 3.6 million barrels in the 1970s to less than 500,000 in the '90s. Believe it or not, more oil actually spills into U.S. waters from natural sources and municipal and industrial waste than it does than from offshore oil and gas drilling. As far as the toxic chemicals are concerned, specialists say most of them are at insignificant levels since discharges are regulated by state and federal laws. The mercury released, for example, isn't enough to be absorbed by fish [source: Jervis].

Despite the improvements, detractors of oil drilling remain unconvinced. Although offshore operations themselves may not be involved in as many spills as they used to be, marine transportation of the oil they recover accounts for one-third of oil spills worldwide. The Mineral Management Service predicts there will be no less than one oil spill a year of 1,000 barrels or more in the Gulf of Mexico over the next 40 years. A spill of 10,000 barrels or more can be expected every three to four years [source: Jervis].

And while the 99.999 percent safety record sounds nice, that 0.001 percent can be pretty horrific for people living in the vicinity. A 1969 accident at a Santa Barbara, Calif., well spewed oil all over the beaches and into the water, effectively making any chances of future access to that state's offshore areas highly unlikely. Likewise, the effects of the infamous Exxon Valdez spill back in 1989 are still seen today.

­Whether the United States will decide to risk more of its coastline for promises of price relief remains to be seen -- one thing you can count on, though, is that people won't stop arguing about it any time soon. For more on the offshore drilling debate, immerse yourself in the links below.