When Appliances Are Off, They Don't Use Power 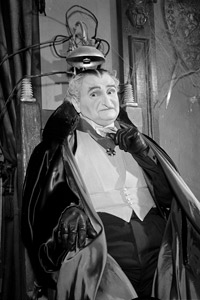 Vampire power isn't usually this electrifying, but the small energy drain from appliances in standby mode does add up.
CBS Photo Archive via Getty Images

­­Turning off your computer when it's not in use is a great way to save energy. But did you know that some devices and appliances, including your computer, continue to use power even when they're off?

It's a phenomenon called vampire power, sometimes called standby power or energy leaks. Vampire power is the energy a piece of equipment continues to use even after it's been switched off. In a study done at the Lawrence Berkeley National Laboratory, researchers found that vampire power may consume as much as 15 to 30 watts per appliance [source: California Energy Commission]. Totaled up, it's estimated that more than 5 percent of your power bill can be attributed to appliances in standby mode, which equals about $4 billion consumer dollars spent to feed vampires each year [source: Lawrence Berkeley National Laboratory]. Contributors include any device that relies on standby power, such as televisions, refrigerators, air conditioners, computers, cell-phone chargers and any appliance that maintains (and displays) a clock.

Off is not enough. The stake in the heart of vampire power is to unplug devices.