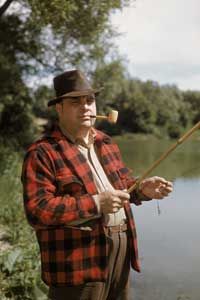 For years, the corncob pipe was a fashion accessory best left to hillbillies, Frosty the Snowman and Gen. Douglas MacArthur. While the look is no less bumpkinish today than it ever was, corn is showing up in the production of more everyday items -- and without resembling a prop from "Hee Haw." What looks like normal oil-based plastic at first glance is actually polylactic acid (PLA) plastic made from specially processed crops.

That's right: corn plastic. You can drink coffee out of it, put groceries in it, wear it and even hang ten on it on a corn plastic surfboard. Most important, you can turn corn into plastic and avoid dependency on petroleum. Much like corn ethanol, corn plastic allows us to make a comparable product out of a renewable resource, as opposed to oil reserves that will one day run dry. In addition, since corn can be cultivated throughout the world, market value doesn't hinge on relationships with oil-rich nations or on peace in the Middle East. After all, have you ever seen "No blood for corn" printed on a T-shirt?

The United States uses 20.8 million barrels of oil per day, 10 percent of which goes solely to the production of conventional plastic such as polyethylene terephthalate (PET) [sources: CIA World Factbook, Jewell]. Bioplastics like corn plastic, however, don't require oil and, as a bonus, their manufacture releases fewer toxins and greenhouse gases.

­Plus, while normal plastic has a nasty habit of sticking around for centuries after disposal, corn plastic boasts the ability to biodegrade in mere months. Moreover, should you choose to burn it, you don't have to worry about creating toxic fumes.

In this article, we'll look at how a corn stalk turns into a plastic garbage can and why some critics aren't convinced that bioplastics are necessarily a godsend. 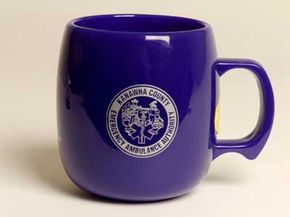 You might not be able to tell at first, but this mug is made from corn plastic -- and no, it won't make your morning cup of coffee taste like a creamed corn latte.
Image courtesy Cornmug.com

If the idea of turning a cornfield into loads of biodegradable plastic doodads makes you feel like you're living in a science fiction story, you might be interested to know just how far back the history of bioplastics goes. The plastic celluloid, developed in the late 1860s, was made from guncotton (acid-dipped cotton) and camphor from Asia's camphor laurel tree. And while you'd be hard-pressed to find a pack of breakfast soysage in the 1930s, auto mogul Henry Ford was already making car parts out of soybeans. In 1941, Ford even unveiled his "Soybean Car," which featured a bioplastic body on a steel frame.

The outbreak of World War II ended Ford's attempts to merge his passions for agriculture and automobiles, but bioplastics were not forgotten. Increased interest in environmentalism in the 1980s led to a bioplastics resurgence, but production proved too costly and the finished products too inferior to petroleum-based plastics. Given the realities of the oil market, however, it was only a matter of time until someone figured out how roll out a cheaper, stronger bioplastic.

How is cor­n plastic manufactured? First, the harvested corn crop is soaked and ground so that the endosperm can be separated from the gluten and fiber. This step is typical in grain crop harvesting, too. Next, producers add enzymes to the starchy endosperm, which converts the endosperm into a simple sugar called dextrose. Then, the addition of bacterial cultures causes the sugar to ferment into lactic acid in the same way brewers use fermentation to produce beer. The resulting acid consists of lactide molecules, which bond into long chains called polymers. At the end of this process, bioplastics producers have pellets of polylactic acid plastic, which can then be spun off into fibers or melted to take just about any form.

One you've removed corn plastic packaging from a product or worn out that corn plastic polo shirt, the materials only have to spend a month or two in a high-humidity composting environment at about 140 degrees Fahrenheit (60 degrees Celsius) before they return to the Earth from which they were originally grown [source: Herrick].

Despite the many benefits of corn plastic, the technology has attracted detractors, even from the environmental movement. On the next page, we'll look at some of the ups and downs of getting your plastic from the cornfields.

While composting and recycling are both excellent conservation tools, it's also important to remember the "reduce" and "reuse" components of waste management's three R's. But it's easy to forget them when we live in an age where manufacturers actually market biodegradable furniture. Take a second to process that. For many of us, furniture isn't something you buy for a lifetime and pass on to your descendants; it's just something to last you through the season. The next time you throw something in the trash, ask yourself if you could have cut down on the waste or gotten more use from a similar product.

Bioplastics: The Pros and Cons 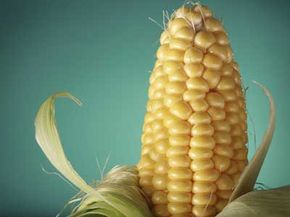 Is corn the answer, or should we rethink our use of plastics?
Sharon Dominick/Photodisc/Getty Images

­What could be wrong with a renewable resource you grow in a field and compost when you're done with it? As it turns out, several things. For one, corn plastic only composts in the hot, moist settings of a commercial composting facility. Simply throw a corn plastic product out of your car or bury it in a backyard-composting heap and the material will stand the test of time just as regular PET plastics will.

If commercial composting isn't available, PLA plastics can wind up following conventional plastics into the landfill or into plastic recycling programs. What's wrong with putting corn plastics in your recycling bin? To the uninformed eye, one may look very much like the other, but their chemical composition is very different. In fact, a relatively small amount of bioplastic can contaminate conventional plastic recycling, preventing the salvaged plastic from being reused and stopping recycling companies from profiting from one of their more lucrative recyclables.

Due to these dangers, companies like NatureWorks are treading carefully, introducing corn plastic products slowly and communicating with commercial recyclers to spot contamination early. Bioplastics manufacturers insist that the threat is overblown and that recycling remains a better option than composting for PLAs such as corn plastic, since it makes up such a small percent of the current plastics market. In addition, since PLA plastics produce the greenhouse gas methane when they decompose, composting isn't a perfect disposal method. On the other hand, if incinerated, bioplastics don't emit toxic fumes like their oil-based counterparts.

To avoid the complications of mixed plastics, commercial composters in the Northwestern United States only accept bioplastics from food service operations, not households. This approach means that bioplastics could conceivably be used to great effect at sports games and other events where foods are purchased and consumed on the premises in bulk.

As with corn ethanol, corn plastic has also drawn criticism for depending on the industrial farming of large fields of crops. These fields could otherwise be used to grow food for an ever-rising global population. Much of the corn used for bioplastics is a variety called Number 2 Yellow Dent that's used mostly for animal feed. In addition, some of this corn used has been genetically modified. Nevertheless, even if genetically modified corn was used to make your plastic water bottle, NatureWorks insists that you don't have to worry about consuming modified proteins, as these are destroyed in the transformation from plant to PLA plastic [source: Jewell].

Advocates also stress that the bioplastics industry is in its infancy, with long-term plans of being able to depend exclusively on agricultural waste (such as stems and stalks) for production. Such plans are also mentioned in defense of the higher costs associated with bioplastics research and production. PET plastics are a mature commodity, with years of production fine-tuning behind it. Bioplastics advocates argue that, in time, PLA costs will go down, all while petroleum-based plastics costs continue to fluctuate due to unstable production regions and dwindling resources.

Explore the links on the next page to learn even more about plastics, corn, biofuel and recycling. 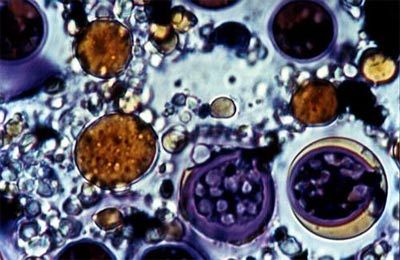 Up Next
Algae Biodiesel
Explore More 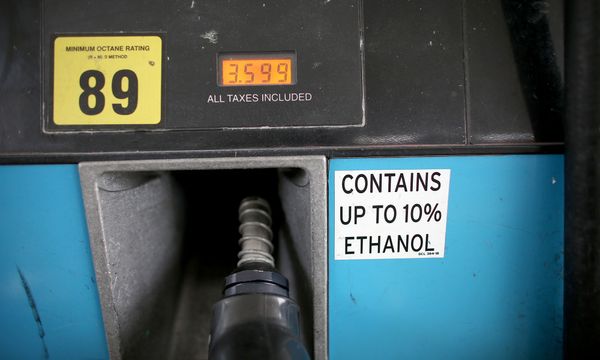