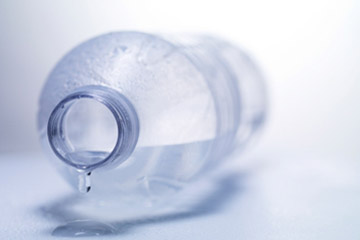 Bioplastics -- that is, plastics derived from plants -- have the potential to alleviate some of the long-term pollution problems caused by conventionally made plastics. From manufacturing processes that release less global warming related pollution to the ability to biodegrade, bioplastics seem environmentally friendly. However, bioplastics are currently more expensive than standard plastics, and they might not be as eco-friendly as they seem.

What's the difference between bioplastics and regular plastics? Most plastics are made through petrochemical processes. In other words, they start out as the chemical byproducts of oil refining, which are turned into a variety of plastics through chemical processes that form long molecular chains known as polymers. These polymers give plastics their structure. You can find out more details on the manufacture of petrochemical plastics in How Plastics Work.

Bioplastics, on the other hand, are derived from plant-based sources. They can be made from cane sugar, corn, or from plant byproducts like wood bark and corn husks. Pepsi is even trying to incorporate potato and orange peels into the manufacture of bioplastics [source: de Guzman]. Switchgrass is another great source for bioplastics – it grows pretty much anywhere, is drought resistant, and grows quickly. Since it isn't a primary food source, using it for bioplastics won't affect food prices.

With so much potential, yet so many challenges, what does the future hold for bioplastics?

Bioplastics are most frequently used in packaging, although bioplastics could potentially be used in any way that regular plastics are used. The performance characteristics of bioplastics and petrochemical plastics are very similar. There have been situations where bioplastics had to be reformulated to deal with performance problems, such as insufficient shelf-life, or those infamously loud Sun Chips bags. (When Frito-Lay debuted compostable chip bags in 2010, customers complained that the bags were too noisy. A reformulated, quieter bag was later developed.)

Coca-Cola's PlantBottle program makes plastic beverage bottles that are 30 percent plant-based. The bottles are made from polyethylene terephthalate (PET), the exact same plastic that comes from petrochemical processes, but 30 percent comes from Brazilian sugar ethanol. The mono-ethylene glycol that results doesn't change the final chemical formulation of the plastic. However, it was created from a renewable resource (sugar cane) instead of from fossil fuels. The bottles aren't biodegradable.

PET plastics sources from plants are also used by Toyota in the manufacture of some interior trim components and by AT&T for cell phones cases and other accessories [source: de Guzman].

Another form of bioplastics is made from polylactic acid (PLA). It's used in a variety of packaging products and even in clothing. However, it has a low melting point, so it can't be used with hot foods or liquids. It's biodegradable in the presence of oxygen, which means it won't degrade in a landfill.

Next, we'll talk about the challenges bioplastics face. 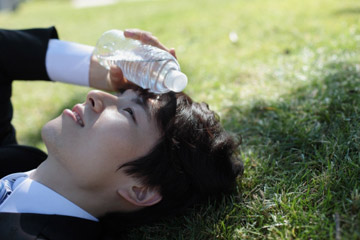