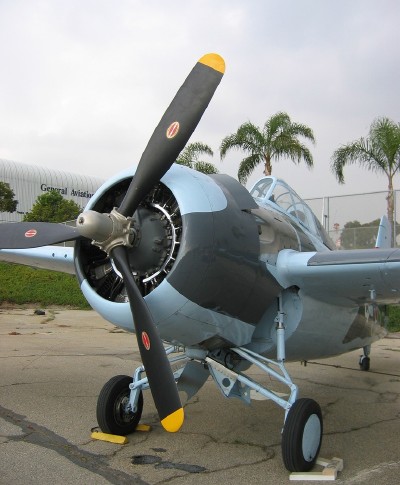 The Grumman F4F Wildcat's initial "loss" to the Brewster Buffalo in competition is puzzling, in part because the Wildcat was about 10 mph faster. Subsequent Wildcats were quicker still, and the plane won its place in combat, and history. See more classic airplane pictures.

Wildcats are not usually thought of as underdogs, but that is the way it was with the Grumman F4F Wildcat, which started off life with three strikes against it, only to find that in the big game it was going to be up against a heavy hitter, Japan's Mitsubishi A6M Zero.

The first strike against the Grumman F4F Wildcat classic airplane was its original conception as a biplane, a follow-on to the barrel-shaped fighters Grumman had long supplied. The second strike was the fact that the U.S. Navy was uncomfortable with the thought of a monoplane with a high landing speed operating off its carriers, even after the XF4F-1's first flight on September 2, 1937. (The test pilot was Bob Hall, of Gee Bee fame.)

The third strike was the XF4F-2's loss in a fighter competition to the Brewster F2A Buffalo. The Buffalo had basically the same configuration: midwing monoplane with retractable landing gear, but it would prove to be unsatisfactory in U.S. service.

Seventy-nine carrier-based Wildcats took part in the decisive Battle of Midway on June 4-6, 1942.

Despite the three strikes, Grumman F4F Wildcats was not out, and orders were placed for the XF4F-3. Shortly after America became involved in the Pacific war, the tough little Grummans were flying from carriers and remote Pacific islands.

It was obvious that in one-on-one combat, the Wildcat was no match for the Japanese Zero in maneuverability. The two classic airplanes were roughly equal in speed, but the Grumman was far more strongly built, and had better armament. Working as a team and using the Thach weave, a maneuver invented by Lt. Commander John S. "Jimmy" Thach, two Wildcats could handle four or five Zeros.

In every combat area, the Grumman F4F Wildcat had metamorphosed from underdog to champion, covering itself with glory and its pilots with medals in hard-fought battles over Wake Island, Guadalcanal, and elsewhere across the Pacific. In the Atlantic, Wildcats operating off of "Jeep" carriers helped end the German U-boat menace.

How do they deice airplanes?
How F/A-22 Raptors Work
North American P-51 Mustang