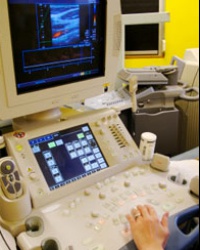 Since the mid-1960s, scientists in the image processing lab at NASA's Jet Propulsion Laboratory (JPL) have been working to improve video imaging software, so that astronomers can turn space probe data into increasingly vivid, high-resolution images of distant planets and other celestial objects.

In recent years, medical researchers have applied some of NASA's software innovations to peer not into the sky but into patients' circulatory systems for signs of atherosclerosis, a common disease in which fatty material builds up inside arteries and threatens to cause heart attacks and strokes.

The California Institute of Technology, which manages JPL for NASA, licensed the technology to a private company, Medical Technologies International Inc. (MTI), whose chief engineer, Robert Seltzer, was a veteran JPL researcher. The result was ArterioVision software. It can be used with ultrasound equipment to perform a noninvasive examination of a patient's carotid artery, which carries blood to the brain.

Paired with ultrasound technologies, ArterioVision can detect signs of cardiovascular illness at very early stages, when it would otherwise evade detection by conventional tests. As a result, medical experts say that more patients may have a chance to curb the disease with dietary and lifestyle changes, rather than medication or surgery down the line [source: NASA]. Doctors' offices in all 50 U.S. states offer ArterioVision testing [source: Lockney].This next NASA invention has expanded lifestyle options for hearing-impaired individuals worldwide.