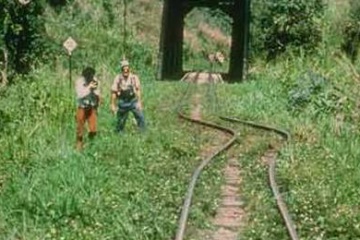 The earliest documented earthquake occurred in China in 1177 B.C. But for most of history, people didn't really have any idea what caused them -- though they had some wild theories, such as the belief earthquakes were caused by air rushing out of caverns deep in the Earth's interior. It wasn't until the mid-1800s that scientists began to study and measure earthquake activity in earnest, using a device developed in Italy called the seismograph [source: USGS, Shearer]. Finally, in the mid-1960s, researchers in the United States and Great Britain came up with a theory that explained why the Earth shook [source: Silverstein].

The theory, called plate tectonics, is that the Earth's crust, or lithosphere, comprises many plates that slide over a lubricating asthenosphere layer. At the boundaries between these huge plates of rock and soil, the plates sometimes move apart, and magma, or molten rock, comes to the surface, where it's called lava. It cools and forms new parts of the crust. The line where this happens is called a divergent plate boundary.

But in other instances, plates will slide by and brush against each other -- a little like drivers on the highway sideswiping each other, but very, very slowly. At the region between the two plates, called a transform boundary, pent-up energy builds in the rock. A fault line, a break in the Earth's crust where blocks of crust are moving in different directions, will form. Most, though not all, earthquakes happen along transform boundary fault lines.

We'll delve into the different types of faults on the next page.