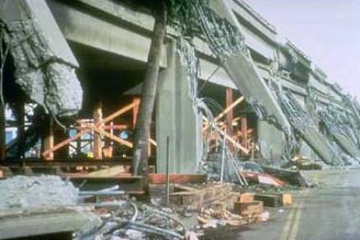 Over the past 50 years, major advances have been made in earthquake preparedness -- particularly in the field of construction engineering. In 1973, the Uniform Building Code, an international set of standards for building construction, added specifications to fortify buildings against the force of seismic waves. This includes strengthening support material as well as designing buildings so they're flexible enough to absorb vibrations without falling or deteriorating. It's very important to design structures that can take this sort of punch, particularly in earthquake-prone areas.

But architects and engineers also are trying to develop innovations that would provide even greater protection against quakes. Greg Deierlein of Stanford University and Jerome Hajjar of Northeastern University, for example, have designed a structure equipped with structural "fuses" that, instead of toppling, deliberately collapse upon themselves and then reform after the quake subsides [source: Ward].

Additionally, scientists are developing "smart" building materials that are capable of coping with the tremendous forces generated by a quake. One idea is to include fiber-optic sensors that can sense when a structure is about to fail; the sensors would then send signals to tiny ceramic strips built into the walls and frame, which would change shape to absorb the energy [source: Stark]. (See How Smart Structures Will Work for more on how scientists are creating new ways to protect buildings from seismic activity.)

Another component of preparedness is educating the public. The United States Geological Survey (USGS) and other government agencies have produced several brochures explaining the processes involved in an earthquake and giving instructions on how to prepare your house for a possible earthquake, as well as what to do when a quake hits.

In the future, improvements in prediction and preparedness should further minimize the loss of life and property associated with earthquakes. But it will be a long time, if ever, before we'll be ready for every substantial earthquake that might occur. Just like severe weather and disease, earthquakes are an unavoidable force generated by the powerful natural processes that shape our planet. All we can do is increase our understanding of the phenomenon and develop better ways to deal with it.