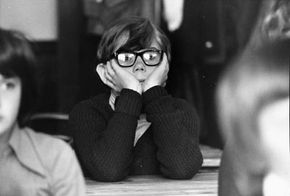 A student at Enfield School in London wonders why time doesn't just pick up the pace. Is time a concrete, immutable concept, or does it actually change?
Evening Standard/Getty Images

Do you ever get the feeling that time is just dragging on? You might be working in the office, sitting at your desk at school during a long lecture or waiting for the doctor to see you, but when you look up at the clock, you could swear the 15 minutes it took for the long hand to move a quarter of an hour were really twice as long. No matter how much you squirm and fidget, time is taking its sweet time in getting to the future.

On the other hand, sometimes it can feel like time moves too quickly. Deep, engaging conversations with friends and loved ones can last for several hours but make you feel like time swept by in minutes. You can wake up right when the alarm goes off in the morning but somehow still end up running late for work. You're left throwing your hands up, wondering what happened to all of that lost time.

Time is a strangely contradictory concept. Many of us think of it as a concrete way of describing how long an event takes to unfold. And why wouldn't we, when we have fancy gadgets like watches? Modern technology has given us clocks, which help us measure time precisely. Atomic clocks, which measure the resonance frequencies of atoms, are even better at telling time. When someone standing still then walks 10 paces forward, we can easily measure with a stopwatch the number of seconds it took from the beginning of that short journey to its end.

But time doesn't always feel precise to us. When you bring two different people into the equation, especially if they don't have any watches, getting them to agree on their experience of time becomes increasingly difficult. So is time as simple as we think it is, or is it more fluid and relative? How is time connected to space? 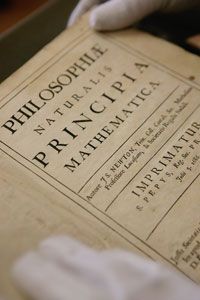 When physicist and philosopher Isaac Newton completed his "Philosophiae Naturalis Principia Mathematica" in the late 17th century, he led a scientific revolution that changed the way people viewed the world. In the work, he laid out several concepts that would become the basis for classical physics. Among the important theories Newton introduced were the laws of motion that govern the way objects move through space, including the law of universal gravitation, and the foundation for calculus. In other words, most people consider Newton a genius, and scientists still apply his ideas to everyday circumstances.

Newton included in the "Principia Mathematica" a scholium, or an appendix of explanatory notes, and in it he defined several important principles, including the idea of absolute time. Although he understood that clocks weren't perfect and measuring time was subject to human error, Newton believed in an absolute time that was similar to a universal, omnipotent God-like time, one that was the same for everyone, everywhere. In other words, someone standing at the North Pole on Earth would experience time the same way as someone standing on Mars.

Newton's view on time kept it separate from space. When Albert Einstein introduced his Theory of Relativity in the early 20th century, however, he suggested that time wasn't separate from space but connected to it. Time and space combined to form space-time, and everyone measures his or her own experience in it differently because the speed of light (300,000 km per second) is the same for all observers. In other words, if all observers have to agree on the speed of light being 300,000 km per second, then they can't agree on the time it takes for other objects to travel relative to them.

Einstein also suggested that space-time wasn't flat, but curved or "warped" by the existence of matter and energy. Large bodies in space-time, like the Earth, aren't just floating in orbit. Instead, imagine an apple resting on a stretched out blanket -- the weight of the apple warps the sheet. If the Earth is an apple, then we can imagine the Earth's blanket as space-time.

This means that someone moving through space-time will experience it differently at various points. Time will actually appear to move slower near massive objects, because space-time is warped by the weight. These predictions have actually been proven. In 1962, scientists placed two atomic clocks at the bottom and top of a water tower. The clock at the bottom, the one closer to the massive center of the Earth, was running slower than the clock at the top. Einstein called this phenomenon time dilation.

A further explanation of the bending of space-time and time dilation came in the form of a thought experiment called the twin paradox, devised in 1911 by French physicist Paul Langevin. If one twin lives at the foot of a mountain and the other lives at the top, the twin closer to the Earth will age more slowly. He or she would turn out younger than the other twin, though by a very small amount. If you sent one twin in a spaceship accelerating close to the speed of light, however, he or she would return much younger than the other twin, because high acceleration and large gravitational masses are the same in relativity. Of course, no one's gone so far as to send somebody's twin into high-speed orbit, but scientists proved the hypothesis true in the '70s by sending an atomic clock into orbit. It returned to Earth having run much slower than grounded atomic clocks [source: Europhysics News].

So next time you're late for work or want the weekends to last longer, make sure you stay close to the ground and accelerate as much as possible. Boring lectures and waiting areas in doctor's offices, on the other hand, should be spent in the topmost room of high towers. For lots more information on physics and the nature of time, see the next page in a timely fashion. 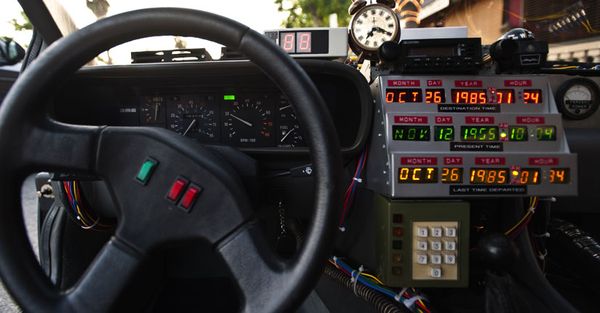 Up Next
How Time Travel Will Work
Explore More 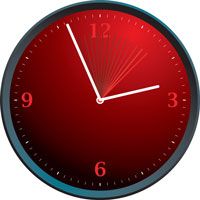 You May Like
Can you make time stand still?
Explore More