How is green nanotechnology being used? 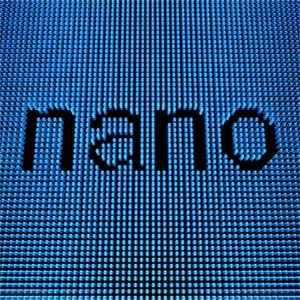 Nanotechnology is embedded in society as much as the letters "n-a-n-o" are embedded in this nanostructure. The question is, how green is that nanotechnology in the window? See more green science pictures.
artpartner-images/Getty Images

Science-fiction fans are fond of the idea, penned by Arthur C. Clarke, that "any sufficiently advanced technology is indistinguishable from magic." With the advent of nanotechnology, the seemingly miraculous materials, supernatural superconductivity and paranormal photonics that have fueled fantasy for years seem to be just around the corner.

Everybody knows that magic comes at a cost, however, and some have begun to question whether, when the colloidal dust settles from the nascent nanorevolution, the ecological balance sheet will show us in the black -- or the red. Among them are the scientists, engineers and policymakers driving green nanotechnology.

Nanoscale particles are nothing unnatural or new. They occur in volcanic ash, sea spray, mineral composites and some kinds of bacteria, and we've worked with them since at least the fourth century [sources: Goldman and Coussens; NNI, "Nanotechnology 101"]. So what's changed? Advanced microscopy and manipulation methods have reached a tipping point, one that enables us to assemble tinker toys on the scale of individual atoms and strands of DNA.

It's an exciting place to be.

A nanometer is one billionth of a meter, or about 1/100,000 the thickness of a piece of paper. If a nanoparticle were the size of a marble, then one meter would be as big as the Earth [source: NNI, "Nanotechnology 101"]. This bogglingly small size is only half the story, however. The real magic of the nanoscale lies in the queer quantum rules that govern it, and the way they endow materials with remarkable characteristics. Compared to their macroscopic equivalents, nanomaterials might be stronger, better at conducting heat or electricity, or have different magnetic properties.

Industry has been quick to seize the potential. Nanotechnology has already found its way into hundreds of consumer products and industrial applications including computer chips, automobiles, sporting goods, clothing, cosmetics and dietary supplements. Yet, we are still only on the threshold of what is possible.

As progress accelerates, concern for the environment and for public health has given rise to a call for environmentally safe, even beneficial, nanoscale research and development.

Green nanotechnology involves two separate but related goals. On the one hand, the remarkable characteristics possible at the nanoscale promise myriad ways of making existing products and processes safer and more sustainable. On the other, researchers are increasingly finding ways to render nanotechnology less toxic throughout its life cycle. In this article, we'll take a tour of how these many approaches are playing out.

Now let's make like a leprechaun and get tiny and green.

Going From Goo to Green

The threat of nanotechnologically spawned environmental disaster has loomed in the public conscious since 1987, when Eric Drexler described the doomsday "gray goo" scenario in his book "Engines of Creation." In it, self-replicating nanomachines overrun the planet, multiplying exponentially and consuming everything in sight, leaving nothing behind but the titular nanomachine goo [sources: Feder; Drexler].

Since then, more plausible concerns, such as the lack of available information regarding the toxicity and long-term ecological effects of nanoparticles, have dominated the discussion, but there's also a greener way of viewing this tiny technology. Nanotechnology can actually help improve the environment, both by tackling intractable existing problems (called legacy problems) and by engineering sustainable solutions for the future.

Legacy problems are all around us. While the Fukushima Daiichi Nuclear Power Plant radiation leak and other incidents dominate the news, more commonplace remediation challenges face communities daily, from cleaning up former gas stations to tackling the more than 1,500 Superfund sites in the United States alone [source: EPA, "Superfund National Priorities List"].

Cleanup crews can inject nanoscale iron under pressure into polluted ground, where its small size allows it to be transported in groundwater or left on-site for long-term remediation. Off-site, they are just as useful in slurry reactors or filtration systems. Scientists are currently researching applications for using nanoscale iron to deal with heavy metals and radionuclides as well [source: Zhang].

We may turn to nanotechnology to meet more basic health, food and safety needs, too. For example, nanoscale water filtration systems that transform contaminated, brackish or wastewater into drinking water by pressure-filtering it through pores too small for bacteria or viruses have been in use for more a decade [source: Bradbury].

Now that we've done the cleanup and more, let's look at some of the ways that nanotechnology is making our future greener, too.

One of the chief ways nanotechnology might decrease pollution is through dematerialization -- the reduction of materials required for manufacturing. Products that can self-assemble out of small components use much less material than ones we build from the top-down, which generate waste and often require solvents and chemical processes. Meanwhile, researchers are also developing ingenious ways to monitor pollution, such as nanosensors that can biochemically detect contamination and pathogens, in real time and over large areas [source: EPA, "Nanotechnology: Sensors"].

Nanotechnology promises to improve our environmental outlook by getting us more bang for our energy buck and reducing our reliance on fossil fuels. To see how, consider your family car. Vehicles constructed even partially from nanomaterials can be lighter, and therefore more fuel efficient, without sacrificing strength or safety. Under the hood, nanofilters can take the gunk out of your go-juice, so that your ride pumps out less pollution and suffers less wear and tear on its engine. Nanocoatings can make windshields and paint jobs self-cleaning to boot.

Thanks to nanophotonics, the study of light's behavior at the nanoscale, nanotechnology has your energy needs covered at home and in the office as well. Researchers have developed windows, paints and film coatings that they can "tune" to reflect or transmit specific wavelengths of solar radiation, including the infrared energy that we experience as heat [source: Feder]. It's like turning your whole house into a sun shade during the summer and a space blanket in the winter.

More efficient nanoelectronics will translate into gizmos that gulp less energy and store it more efficiently -- a real boon in our gadget-gonzo age [source: Chmiola]. Quantum dots, aka semiconducting nanocrystals, could soon power a display technology that packs both the efficiency and long life of organic light emitting diodes (OLEDs) and the durability of cathode ray tubes (CRTs) and liquid crystal displays (LCDs) [source: Dumé].

Farther up the energy pipeline, nanoscience offers hope for amping up alternative energy sources. Solar panels printed using nanoparticles require fewer components to operate, meaning there is less to repair, maintain or later bury in a landfill. With lower operational costs, such panels can output less power and still be profitable [source: Markoff]. Researchers have also dreamed up a way to extract energy from the salinity difference between seawater and river water. The technique relies on batteries made up of electrodes bristling with nanorods [source: La Mantia].

By now you're probably thinking, "That's all well and good, but how green can nanotechnology solutions be if building them creates a toxic mess?" As we'll see in this next section, many scientists and engineers are concerned about these very issues, and are striving to make nanotechnology greener from the get-go.

The Small Wonder of Surface Area

The ratio of something's surface area to its volume influences its energy balance and reactivity. Ideally, to build a more efficient electrode or catalyst, you would simply pack as much surface area as possible into a given volume. Unfortunately, this magic ratio declines as things scale up, especially in compact shapes like spheres or squares.

The trick is to use a less compact shape, such as a tube. As evidenced by human intestines and lung brachia, long, thin structures jam a lot of surface area into a small space. With this in mind, it's no surprise researchers are currently adding nanotubes to LEDs, fuel cells, electrical devices and catalysts.

Sowing the Seeds of Sustainable Nanotechnology

Given the environmental havoc wreaked by other seemingly beneficial substances, such as DDT, it is little wonder that we greet strange inventions like carbon nanotubes and quantum dots with skepticism, especially when we know so little about their long-term effects or toxicity [source: Goodman].

Further fueling these concerns are medical findings revealing the harmful effects of certain nanoparticles, such as carbon nanotubes, which cause lung granulomas (spheres of cells associated with disease) when inhaled by rats. The effects of other nanoparticles remain inconclusive -- particularly where humans are concerned -- but studies point to nanosized ingredients in some sunscreens as causing brain damage in mice and rainbow trout through oxidative stress [sources: Karn; Choi; Raloff].

Natural alternatives to nanoscale manufacturing may hold the key to mitigating such problems. In the case of sunscreen, for example, researchers have found a potentially safer nanoparticle in English ivy. The vine's notorious tenacity springs from a yellowish "super glue" exuded by its tendrils, which is composed of nanoparticles four times more effective as a sunblock than titanium dioxide or iron oxide. The particles are biodegradable, water-resistant and only block UV rays [source: Raloff].

Ideally, synthetic nanoscale construction would operate like a cell, using simple, nontoxic substances at room temperature to assemble a product from the ground up and then recycle or efficiently destroy the leftovers. Until such techniques are possible, green researchers are looking increasingly toward using natural processes for inspiration and for safe alternatives to solvents and other hazardous processes.

Natural chemicals, such as the phytochemicals naturally occuring in plants, present another green alternative. Take nanoscale gold, a substance with applications in fuel cells, chemical sensors and biological tools [sources: Tufts; Greenberg]. What once required large amounts of flammable and explosive toxic solvents can now be made using only a gold salt (an electrically neutral compound of gold) and a solution of Darjeeling tea, cinnamon or cumin [sources: Schmidt, Nune et al.].

As exciting as the possibilities are, so far the most inspiring green nanotechnologies remain in the imaginations of researchers. If or when they are developed, they will need economic backing and market support to help them become affordable and achieve widespread use [source: Goodman].

Until then, we can all do our part to make the Earth a more sustainable place -- on every scale.

Nanoparticles in the Human Body

Because nanoparticles are so small, they ignore most of the protective structures in the body, including the blood-brain barrier that guards our gray matter against harmful substances. When inhaled or injected, these tiny stowaways circulate through the bloodstream and deposit in organs and tissues, where they can build up. As the body's immune response kicks in, it can cause overproduction of certain chemicals: ones necessary for metabolism, but toxic when thrown out of balance. This "oxidative stress" is especially harmful to organs with high metabolic requirements, like the brain [source: Long].