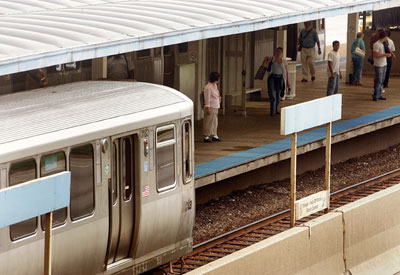 The modes of transportation offered by a city help to define its character.
Tim Boyle/Getty Images

Any municipality, from small village to sprawling metropolis, can have a master plan. Small communities will hire a private planning firm to prepare a plan and submit it to the local government for approval. In big cities, the department of city planning prepares the master plan.

The plan itself is a document, sometimes hundreds of pages long, that shows a community as it is and recommends how it should exist in the future. It often contains diagrams, aerial photos, maps, reports and statistical information that support the planner's vision.

Public support of a master plan, no matter how comprehensive or visionary, is crucial to its overall success. Strong public opposition can arise if city residents believe the proposals of a plan are too costly, aren't fair and equitable or could interfere with their safety and well-being. In situations like this, urban planners may have to explain their plans to planning boards, interest groups and the general public. If opposition cannot be overcome, governments sometimes refuse to act on proposals of a master plan.

Once a plan is adopted, implementation can begin. Not all programs can be implemented at once, so most plans include, usually as part of the appendix, an action agenda that provides an outline of the short- to medium-term actions essential to getting the master plan off the ground. The implementation process relies heavily on government authority.

The city may use its grant of the police power to adopt and enforce growth and development regulations. It may also use its power to tax to raise the money necessary to fund growth and development. And it may use eminent domain -- the power to force sale of private property for valid public use -- to enable various infrastructure investments and redevelopment actions in support of public policy and plans.

Planners must also be aware of zoning laws, which are another way cities control the physical development of land. Zoning laws designate the kinds of buildings permitted in each part of a city. An area zoned R-1 might allow only single-family detached homes, whereas an area zoned C-1 might allow only certain commercial or industrial uses.

Zoning is not without controversy. Zoning ordinances have been challenged as unconstitutional several times, and some argue that they are tools of racial and socioeconomic exclusion. As we'll see in the next section, this is just one of many criticisms leveraged against urban planning.