by the Editors of Publications International, Ltd.
Prev NEXT
10 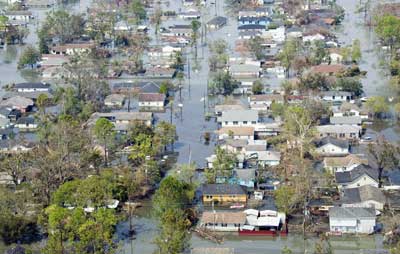 The year 2005 was another busy year for hurricanes, and Katrina, the fifth hurricane of the season, was one that will go down in history. Katrina made landfall near Buras-Triumph, Louisiana, with winds reaching 125 miles per hour before devastating the entire Gulf Coast of Mississippi. But all eyes were on New Orleans, situated below sea level and surrounded by rivers and lakes. So when Katrina made landfall slightly to the east, people in "The Big Easy" breathed a sigh of relief since it appeared that Mississippi had borne the major brunt of the storm.

But that changed a few hours later when the massive rainfall and storm surge caused Lake Ponchartrain to flood. When the city's levee system was breached in several places, 80 percent of New Orleans was left under water. The rest of the nation watched via television as residents stayed on rooftops in the scorching heat for days awaiting rescue. The U.S. government was severely criticized for its delayed reaction in sending aid. Katrina's wrath took more than 1,800 lives and hundreds are still missing. With more than $81 billion in damages, Katrina was the most expensive natural disaster in U.S. history.