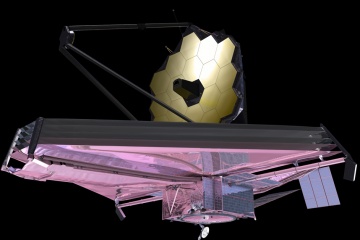 The 66 Iridium communications satellites orbiting 500 miles (800 kilometers) above Earth's surface have created a stir on many fronts. Iridium LLC, the original owner of the satellites, spent $5 billion to build and deploy the machines, then sold them for $25 million in 1999 when the company went bankrupt. Then, in 2009, Iridium 33 collided with a decommissioned Russian satellite over Siberia, creating a large field of space junk and debris that will remain in orbit for years to come. Today, Iridium Communications Inc. owns and operates the satellites, which allow subscribers to use satellite phones to communicate from any point on the globe. Stargazers also enjoy Iridium because the satellites in the "constellation" are easy to spot, especially when their antenna arrays catch sunlight and flare up brightly in the night sky.

The OSCAR (Orbiting Satellite Carrying Amateur Radio) series of satellites facilitate communication between amateur radio stations. They're built and operated by a nonprofit organization of ham radio operators worldwide known as AMSAT. The AMSAT-built satellites "hitch" a rocket launch on a "payload-space-available" basis. For this reason, the devices are usually quite small and have no propulsion systems that could interfere with the rocket's primary payload. AMSAT satellites can often be heard by use of a shortwave receiver or aradio scanner. Ham operators make use of the satellites during natural disasters when terrestrial links and cell phone systems may be down or overloaded.

Space telescopes are satellites that look away from Earth. From their orbits high above our atmosphere, they can view the universe without any distortions or interference. You've undoubtedly seen some of the spectacular images beamed down from the Hubble Space Telescope (HST), which entered its orbit, 308 miles (570 kilometers) above Earth, in 1990. HST has a very elaborate control system so that the telescope can point at the same position in space for hours or days at a time (despite the fact that the telescope travels at 17,000 mph/27,359 kph!). The system contains gyroscopes, accelerometers, a reaction wheel stabilization system, thrusters and a set of sensors that watch guide stars to determine position. In 2018, NASA plans to launch a companion to Hubble -- the James Webb Space Telescope (JWST). JWST will observe infrared light from very distant objects and will do it from a special elliptical orbit, known as L2, located 932,000 (1.5 million kilometers) away from Earth!