What Is a Satellite? 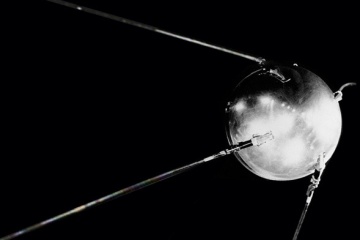 A satellite is any object that moves in a curved path around a planet. The moon is Earth's original, natural satellite, and there are many man-made (artificial) satellites, usually closer to Earth. The path a satellite follows is an orbit, which sometimes takes the shape of a circle.

To understand why satellites move this way, we must revisit our friend Newton. Newton proposed that a force -- gravity -- exists between any two objects in the universe. If it weren't for this force, a satellite in motion near a planet would continue in motion at the same speed and in the same direction -- a straight line. This straight-line inertial path of a satellite, however, is balanced by a strong gravitational attraction directed toward the center of the planet.

Sometimes, a satellite's orbit looks like an ellipse, a squashed circle that moves around two points known as foci. The same basic laws of motion apply, except that the planet is located at one of the foci. As a result, the net force applied to the satellite isn't uniform all the way around the orbit, and the speed of the satellite changes constantly. It moves fastest when it's closest to the planet -- a point known as perigee -- and slowest when it's farthest from the planet -- a point known as apogee.

Satellites come in all shapes and sizes and play a variety of roles.