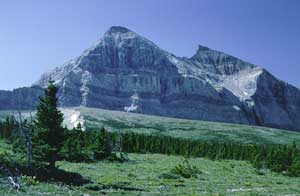 Less abrupt changes would occur around the world as average temperatures increased. In temperate areas with four seasons, the growing season would be longer with more precipitation. This could be beneficial in many ways for these areas. However, less temperate parts of the world would likely see an increase in temperature and a sharp decrease in precipitation, causing long droughts and potentially creating deserts.

Because the Earth's climate is so complex, no one is really sure how much a change to one region's climate will affect other regions. For example, scientists at the University of Colorado theorize that the decrease in sea ice in the Arctic could reduce snowfall in Colorado because Arctic cold fronts would be less intense. This could impact everything from farmlands to the ski industry.

The most devastating effects, and also the hardest to predict, are the effects on the world's living ecosystems. Many ecosystems are very delicate, and the slightest change can kill off several species as well as any other species that depend on them. Most ecosystems are interconnected, so the chain reaction of effects could be immeasurable. The results could be something like a forest gradually dying off and turning to grassland or entire coral reefs dying. Many species of plants and animals would adapt or move to deal with the shift in climate, but many would become extinct.

Some ecosystems are already changing drastically due to a shift in climate. The University of Alberta reports that much of what once was tundra in northern Canada is turning into forests. They also noticed that the change from tundra to forest isn't linear; instead, it seems that the change happens in sudden spurts.

The human cost of global warming is hard to quantify. Thousands of lives per year could be lost as the elderly or ill suffer from heat stroke and other heat-related trauma. Poor and underdeveloped nations would suffer the worst effects, since they would not have the financial resources to deal with the problems that come with an increase in temperature. Huge numbers of people could die from starvation if a decrease in precipitation limits crop growth and from disease if coastal flooding leads to widespread water-borne illness.

The Carnegie Institution estimates that around $5 billion in crop losses per year are due to global warming. Farmers see a decrease of about 40 million metric tons of cereal grains like wheat, barley and corn each year. Scientists discovered that an increase of 1 degree Fahrenheit in average temperature results in a 3 to 5 percent drop in crop yields [Source: Science Daily].

Next, we'll find out why some people aren't concerned about global warming.

The IPCC used computer models to simulate climate change and discovered that only models that included human contributions to global warming portrayed an accurate representation of today's climate. When the models did not include such considerations, the climates they simulated did not resemble our own.