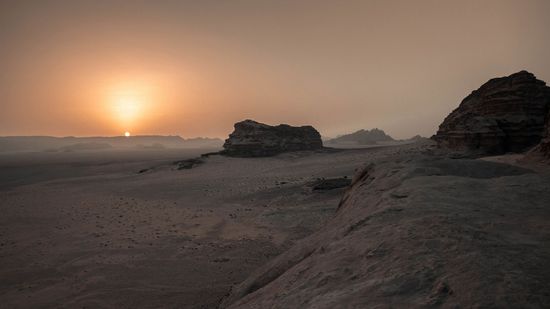 Maybe Schwarzenegger had it right when he talked about the importance of pumping iron. Astronauts spend as long as four hours a day exercising. But why?

There's no livestock in space farming, but growing plants in space could allow for long-term exploration and settlements. And with this farm, you don't need to watch where you step.

In the 1960s, space food was either cubed or tubed, and it wasn't very appetizing. Today's astronauts have a more palatable array from which to choose. Where is it developed?

Kids from around the world flock to Huntsville, Ala., to attend Space Camp. What's so appealing about science class in the summer, and can a 40-year-old go to camp?

If the future of tourism lies in outer space, then we'll need to blast off those amateur astronauts from somewhere. Compared to the average airport, how space-age will these spaceports be?

Believe it or not, to get to space and back, NASA relies on a piece of technology that's been around for centuries. Just what is a gimbal, anyway?

These outer space abodes will have to protect inhabitants from extreme temperatures, radiation and flying moon dust. One man is actually selling deeds for lunar property at $20 a pop. Seriously?

This passive-aggressive peacetime contest between the USSR and the U.S. unofficially ended with the U.S. moon landing. But the Soviets also touted a long list of space race accomplishments. Who won?

Blasting a spacecraft into space is one thing. Bringing it back in one piece is another. Spacecraft are likely to burn up into bits if they aren't specially insulated and designed for the ride.

Since the Hubble Space Telescope launched in 1990, it has been plagued with problems that require frequent repairs. How does NASA fix it?

This video camera hitches a ride on the space shuttle to provide ground control with a bird's eye view of the launch. How could RocketCam have prevented the Columbia space shuttle tragedy?

Astronauts have a reputation for being the brave and skilled few willing to risk their lives by strapping themselves aboard a rocket and blasting into outer space. This collection of images highlights some of the many challenges they face.

The not-so-distant future, regular people will be able to take flights into space. So how do you score a spot on a Virgin Galactic flight?

Astronauts risk their lives in the pursuit of science. How does NASA know who can be an astronaut? And what do they do when they're not in space?

Why Are There Dozens of Dead Animals Floating in Space?

Neil Armstrong may have been the first man on the moon, but he wouldn't have gotten there without fruit flies, rhesus monkeys or a dog.

Humans produce plenty of trash on Earth, but you might be surprised to learn how much we've managed to leave in space. What's floating around up there? And will it come crashing down on our heads?

Some people don't believe a man walked on the moon. Others still think the Earth is flat. Are the Illuminati preparing the Earth to become an alien colony?

How do you eat when you're in a low-gravity environment? Space programs have come up ingenious contraptions and packaging methods to make astronauts' meal times as normal as possible.

If you had the money, would you pay $200,000 to launch into space? For at least one couple, the answer is yes. But is a space tour safe for the average citizen?

Would you be able to hear the Starship Enterprise if it zipped past you in space? Would the destruction of the Death Star be completely silent?

Space food has come a long way from Project Mercury's paste-filled tubes. Today's astronauts select menus that include everything from macaroni and cheese to brownies. So do astronauts really eat space ice cream?

When nature calls, you have to listen. But when you're in microgravity, going to the bathroom can be a major challenge. How do astronauts get the job done?

A new space race is on -- who will be the first to build a space hotel? One company has gathered 3 billion dollars to do just that. Find out what life in a luxury space hotel might be like.

Almost everyone dreams of floating effortlessly like astronauts in space. The Zero Gravity Corporation offers this experience to the public. Go inside G-FORCE-ONE to find out what it's like to somersault in zero gravity and how simulating weightlessness works.