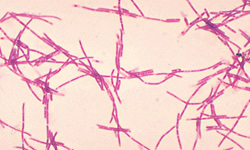 Anthrax is a bacteria that could be used as a biological weapon.
none

­ The threat of anthrax as a biological weapon has become a ­real concern for everyone. Anthrax is a disease caused not by a virus, but rather by bacteria. There aren't any known cases of anthrax passing from one person to another, so it is considered to be noncontagious. It is still a large threat, however, because if it isn't recognized and treated quickly enough it can be deadly. Bacillus anthracis is the bacterium that causes the disease anthrax. It has historically affected herbivores like cattle, sheep or other grazing herds, but has also been a threat to humans who work with these animals and their by-products.

­While in the ground or on a surface, anthrax spores are relatively harmless, but once they come into contact with the right environment they begin to germinate. They need an environment that is rich in amino acids, nucleosides and glucose -- like those elements found in blood and other tissues in humans or animals. Once there, a series of changes takes place that can make these bacteria deadly to its host.

In this edition of HowStuffWorks, we'll look at what anthrax is and how it affects the body. We'll also discuss new research and ideas for treatment and prevention of the anthrax disease. 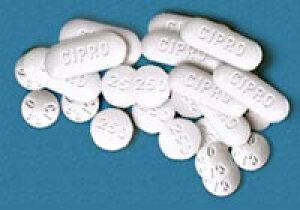