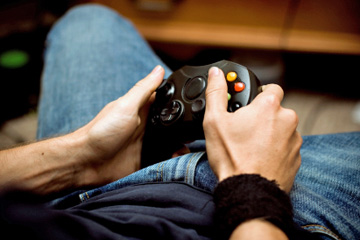 Gaming might be able to build up your hand-eye coordination, but can it prepare you for military action? See more video game system pictures.
© iStockphoto.com/swilmor

Whether it's Space Invaders on the Atari 2600 or Halo on the Xbox 360, no video game has been without people eager to point out its benefits and dangers. Concerned parents have led the continued demand for studies on video games to determine the impact of media on their kids.

Can video games make you better at school or on the job? It's true that games can be educational and improve hand-eye coordination, which have positive real-life applications. Studies of violent video games, though, suggest a correlation between the games and increased aggression and anti-social behavior. So, whether or not you benefit could have more to do with which games you choose to play.

No matter the game, however, there are universal concerns that significant time spent playing games can negatively affect your physical and mental health. For example, increases in childhood obesity are linked to kids exercising less, which may be attributed to watching television or playing video games. Innovations like the Nintendo Wii game console address this with a "get off the couch" approach, requiring the player to balance on a board or move their arms to control game play.

This article explores whether those who play video games make better soldiers. Is the first-person shooter experience a realistic introduction? Do gamers have better tactical skills? Let's start with a general look at how video games can aid in education and training. 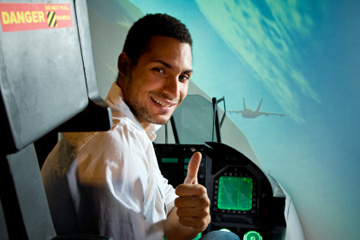 Military training across time and cultures has included developing physical strength, endurance, tactical readiness and specialized combat skills. With the technological developments in weapons and warfare, soldiers require an increasing amount of "book learning" as part of military training. With so much for new soldiers to learn, some military groups have used game-inspired technology to make the process easier and more efficient.

Beyond the flight simulators used to train pilots, the U.S. military branches use other virtual reality military applications to put soldiers in virtual war scenarios. For example, the Army's Engagement Skills Trainer (EST) gives each student the sound and feel of the different firearms he or she might use on the job. Beyond practice firing, the EST provides real-life scenarios to help soldiers determine when to shoot and when not to shoot. Another simulator, the Virtual Convoy Operations Trainer (VCOT), puts a team of soldiers in different roles in combat scenarios, training them to communicate and work together.

With an increasing demand for simulator technology, developers have put soldiers in a position to tweak a simulation to fit their needs. One product, "DARWARS Ambush," is in wide usage by the Army today. Soldiers stationed around the world are taught how to add modifications to DARWARS. Then, the soldiers change the simulated scenarios to best fit their current location and mission. Some simulators go beyond combat to create medical scenarios and cultural interaction.

How do soldiers respond to this training? Soldiers who might have a game console at home prefer the military simulators to their home games. The soldiers describe the simulators as fun because they are like a video game, but even better because they often have actual simulated weapons instead of a game controller [source: Chang].

America's Army: Not Just for Training

In 2002, the U.S. Army released the first-person shooter game America's Army. Though marketed as a video game, America's Army reproduces combat experiences, including the real psychological consequences of each action. Despite controversy regarding its funding and its glorification of violence, America's Army has inspired similar games across other American military branches as well as among military groups in other parts of the world. Read more at How Americas Army Works.

The military has embraced video games as simulators for training, but how does recreational gaming impact current or potential soldiers?

Potential soldiers may benefit from mental skills developed during certain gaming experiences. Studies have found that video games stimulate learning at all levels. Simulation games such as Sim City enhance strategic thinking, planning and decision-making [source: BBC]. Video games can also improve hand-eye coordination. Even the elderly could benefit, as researchers at North Carolina State University and the Georgia Institute of Technology study how video games can boost memory and thinking skills in their joint project Gains Through Gaming [source: Hamilton].

Current soldiers could play games in their down time, but can this really be a stress reliever? It may depend on the game. The demand for research into the impact of games has focused studies toward violent video games. Results of these studies are as controversial as the games themselves. Recurring themes in the studies find that those who play violent video games are prone to increased aggression and anxiety, with brain scans providing supportive evidence. With stress and anxiety linked to many physical and emotional issues, violent video games may not offer the respite a soldier needs in his down time to maintain optimum mental and physical health.

At ease! Take leave to the next page for links to more information about gaming and the military.

Can playing a video game be a valid medical treatment? Recent studies suggest "yes." A University of Oxford study found that playing Tetris after a traumatic event could prevent forming memories that could be linked to Post Traumatic Stress Disorder (PTSD), though more research is needed [source: Holmes, et al.]. Also, patients at the Walter Reed Army Medical Center have been using the Wii as a useful tool for rehabilitation [source: McLeroy]. In time, your doctor may be prescribing a half hour of Mario Kart alongside other drugs and therapy.