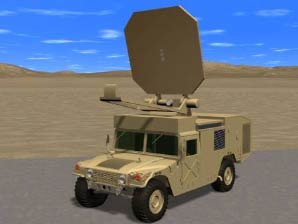 If you believe what they portray in the movies, armies of the future will replace bullet-based guns with ray guns like the phasers used by the crew of the Starship Enterprise in "Star Trek." The United States military has announced that it is developing a new technology that closely resembles those futuristic weapons. This new directed-energy beam weapon exploits one of our natural defense mechanisms -- pain.

Anytime we get hurt, we feel pain, and our first response is to move away from the source of that pain. For instance, if you touch a hot light bulb, it burns your skin. Your body recognizes the pain and causes you to jerk your hand away from the light bulb. This natural reaction is the basis for the U.S. military's new pain beam, which burns the surface of the skin in order to drive away adversaries. Officials say that the "non-lethal" weapon, called active-denial technology, doesn't cause lasting damage to the people hit by it.

This new pain beam is an alternative to conventional weapons that are designed to injure and kill. One official said that the weapon is particularly useful when innocent persons are mixed in with adversaries. In this edition of How Stuff Will Work, you will learn how the beam weapon heats the skin and what research will have to be done before it is field-ready. 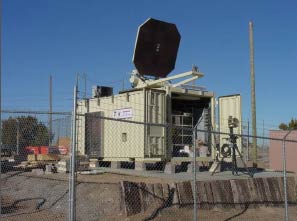 The non-lethal energy-beam technology was developed in response to U.S. Department of Defense needs for soldiers to have options short of using deadly force, which is what most conventional weapons are designed for. The active-denial system technology was developed by the Air Force Research Laboratory and the Department of Defense's Joint Non-Lethal Weapons Directorate. They have spent more than 10 years and $40 million dollars developing this new pain beam.

According to an Associated Press story, the active-denial technology has been tested on 72 people at Brooks Air Force Base since 1994. Humans have been exposed to the beam more than 6,500 times for an average of less than 10 seconds, with no serious injuries resulting.

Other than minor skin tenderness caused by repeated exposure to the beam, there are no lasting effects. A review of the weapon has determined that the risk level of being injured by it is minimal. The weapon also meets all U.S. treaty obligations. Further research, development and testing are expected to continue through the summer of 2001. A final review will be performed before the weapon is declared field-ready.

With the unveiling of the pain-beam gun, the Pentagon is poising itself for a new age of warfare. U.S. armed forces are often thrown into volatile areas of the world, where enemies are intermixed with innocent citizens. The U.S. Department of Defense is preparing for these situations by designing a weapon that repels attacks but lowers the potential for unintended civilian causalities.

For more information, check out the links on the next page.

What is water boarding?
How Smart Bombs Work
How Military Flyovers Work